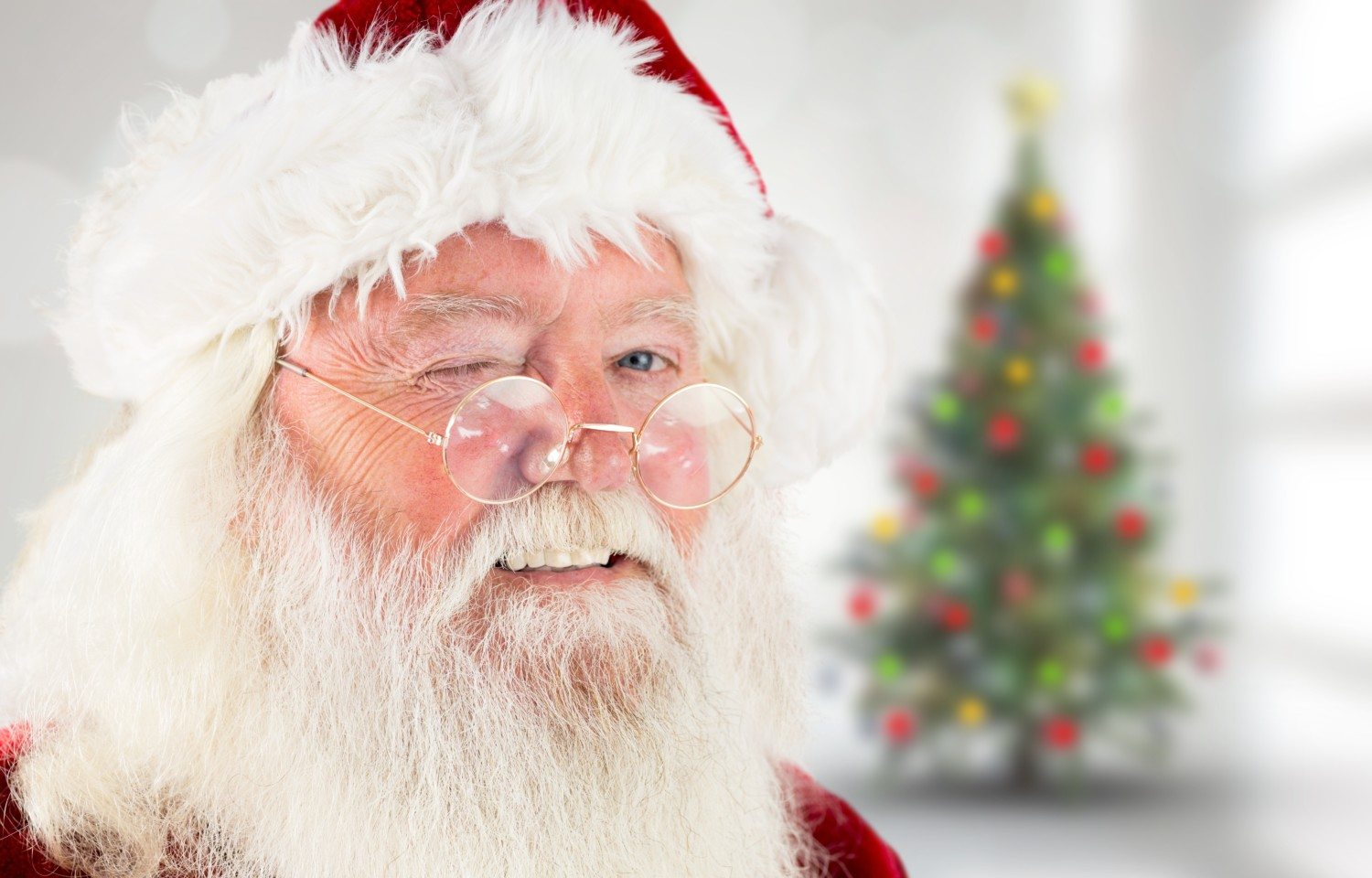 Back in my day, we had to put pen to paper, write out our wish list to Santa and then send it all the way to the North Pole.

But, the kids these days? They can call Santa!

That’s right: The Jolly Man has a phone number, but it goes straight to voicemail, presumably because he’s super-busy this time of year. Ready to write down his number?

When you dial the number, you’ll be greeted by an enthusiastic “Ho, ho, ho” that Santa bellies out.

“Merry Christmas! This is Santa Claus and you have reached my personal hotline,” he says. Then he goes on to say that he’s been busy (we called it) up at the North Pole, making toys to deliver on Christmas morning. If Amazon is right, he’s been whipping up lots of Snap Circuits, Barbie Dreamhomes and Play-Doh (aka some of the expected “hottest toys” this Christmas).

Santa’s hotline comes with a plug for parents, reminding children that their parents love them very much, and it’s important to listen to them. (Thanks for the shout-out, Santa).

“When you hear the tone, leave me your Christmas wish list and holiday cheer,” the message from Santa says.

Wondering who’s behind this mysterious number? FreeConferenceCall.com launched Santa’s Hotline back in 2009 as a clever way to market their business—but, hey, we’ll take it!

Other Ways To Get In Touch With Santa

Now, if you want to go the old-school route, of course, you can still handwrite (or type) a letter to Santa and send it via the U.S. Postal Service to the North Pole. Your child will get a letter back, with a North Pole postmark. To make this magic happen, though, you need to get your letter to Anchorage, Alaska by Dec. 15.

Here’s full instructions on how to write to Santa (and how to get a letter back from Santa).

Or you could always have your kids “hand-deliver” their lists to Santa Claus as your local mall or department store. Even Walmart has Santa appearances during the holiday season.

Plus, How To Catch A Glimpse Of Santa On Christmas Eve

Oh, and not like we’re totally stalking Santa, but come Christmas Eve, if your children want to track him and his reindeer as they circle the globe on the sleigh, you can do so with the North American Aerospace Defense Command (NORAD) Tracks Santa program and get an estimate of when he’ll be in your neighborhood.

NORAD Tracks Santa has been around since the 1950s, and helps kids “track” Santa’s path from the North Pole as he delivers gifts around the world.

And you can even get a photo of Santa Claus in your living room to really “prove” to your kids that he’s real. Capture the Magic is a website that makes it easy for you to bring Santa Claus into your very own home. And, no, you won’t have to don a musty old Santa suit! Instead, simply take a picture of your living room as it will appear on Christmas Eve. (So make sure your tree is up, the cookies and carrots are laid out, and the presents are under the tree.) Then upload the picture to the Capture the Magic website. You can then choose from a handful of Santa Claus photos, such as Santa being startled under the tree while he drops off some presents or Santa drinking some milk with his plate of cookies.