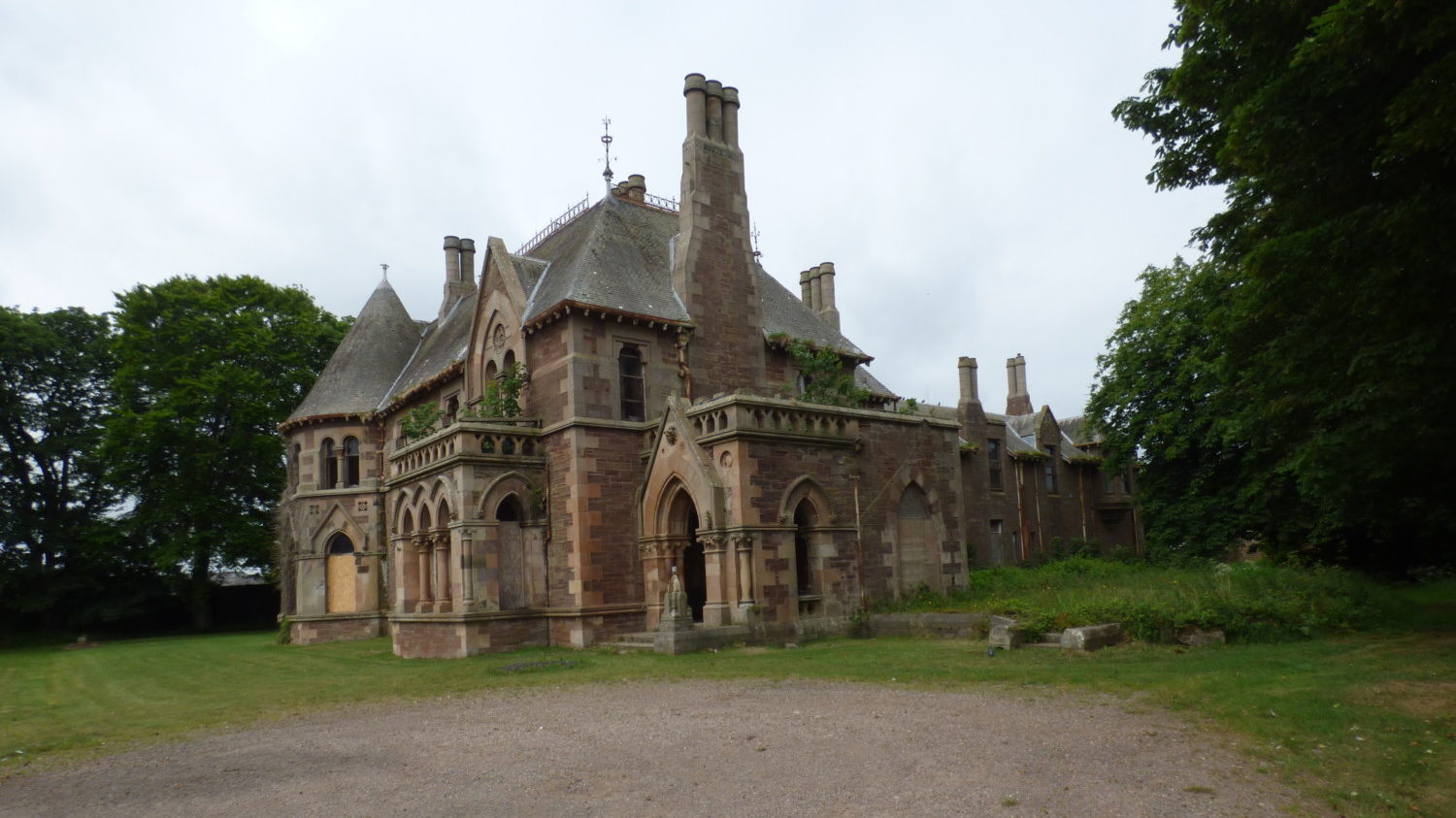 Have you ever wished you could live in a romantic Scottish mansion like Claire and Jamie Fraser on “Outlander”? Well, if you have a couple of bucks, have we found a deal for you! No, this is not a scam. However, there is a wee bit of a catch.

A historic mansion in the seaport of Arbroath, Angus in Scotland is currently at auction. The starting bid was just £1, or about $1.23 — but has since increased by press time to land at about £102,000. It’ll likely go up further before the auction’s end date of July 17, but it’s still a great deal, especially if you have an eye for development.

The Mansion That’s Up For Sale

Built circa 1869, the French Gothic Style building is known as The Elms. Initially constructed for the Corsar family, who owned a textile mill in the town, it later became a hotel, which operated until World War II. At that time, the War Office requisitioned it. Later, it became a children’s home.

The house was designed by William Leiper, a British architect best known for his residential works and Glasgow’s Templeton Carpet Factory, also knowns as the Doge’s Palace. As you can see in the photos on the National Property Auctions Facebook page, the grand home features stunning architecture.

Too Good To Be True?

Unlike the wildly affordable homes in places such as Italy or Greece, the low starting price for this impressive home is not an attempt to increase the area’s population. Instead, it is due to the condition of the once-stately manor.

The two-story, rubble-masonry mansion features fine-cut stone dressings and a pitched slate roof. It has a striking arched porch, a round corner tower and multiple balconies. Inside, the main rooms retain stenciled walls and ceilings that were popular during the period in which it was built. It’s also in a convenient location, close to public transportation, schools and shopping.

However, the home requires massive renovations. It is listed as an at-risk building by Buildings at Risk Service of Historic Environment Scotland, with a rating of poor condition in the high-risk category. As you can see in this image from the auction site, many windows are missing and the roof is in disrepair. Apparently, the interior has been stripped of many of its original features and water damage and dry rot is evident. It has also experienced vandalism.

National Property Auctions, which is marketing The Elms for sale through auction, gives the following explanation of the mansion’s condition on the listing page.

“Unsafe properties are evidently in a condition that poses a serious risk to the health or safety of occupants or visitors, or where the way the home is marketed suggests it is unsuitable for occupation in that condition. There is little point in a condition survey being undertaken on a home that is unfit for occupation in any case and is being advertised as such.”

That said, if you are intrigued by the idea of owning and renovating this historic building, find out more and register to bid on the auction website.