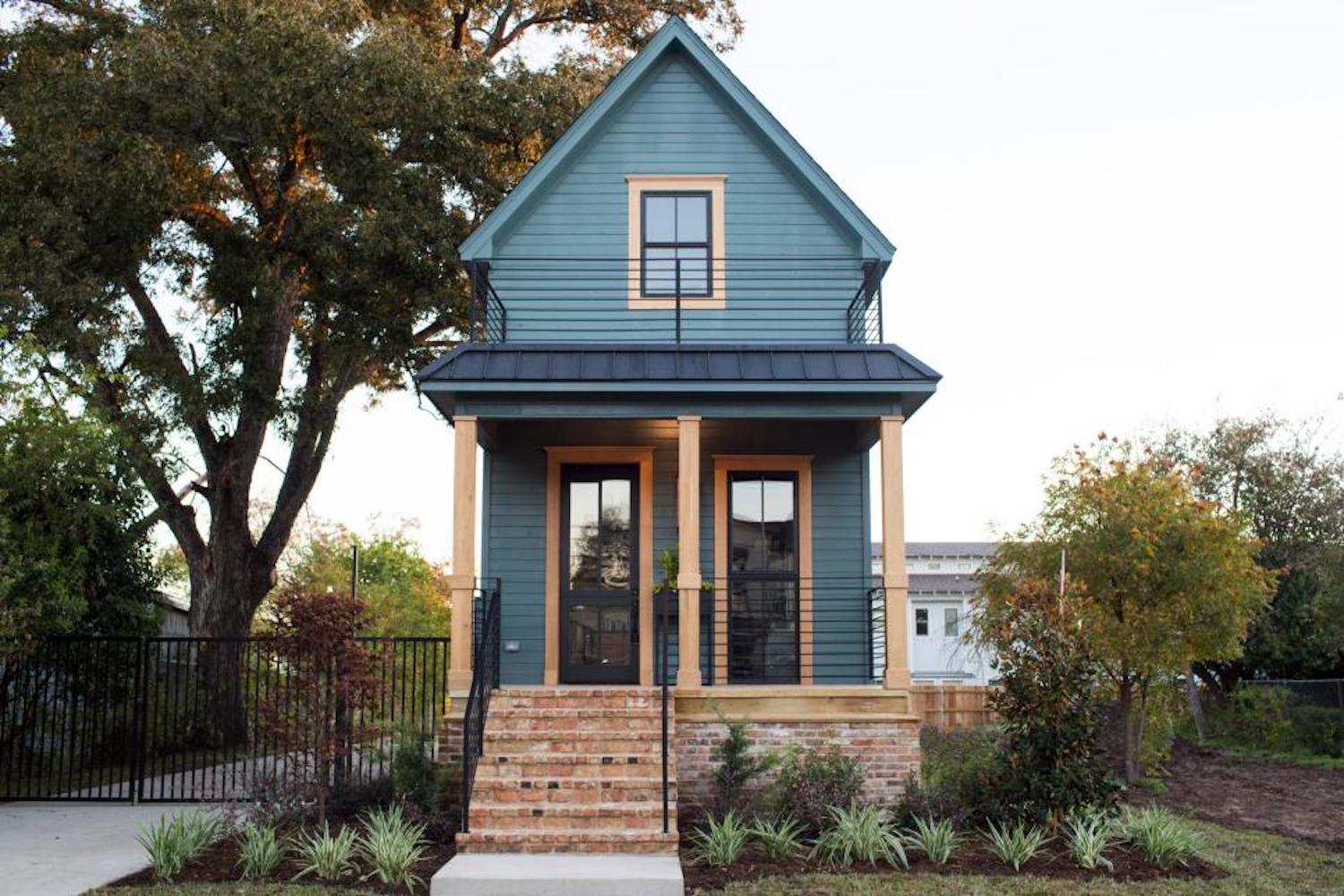 Are you the type of person who’s seen every single episode of “Fixer Upper?” (No judgement—we’re super fans, too!)

And if you’ve seen every episode, then you probably remember the cute “Shotgun House” from season three episode 12. Well, apparently that adorable home is for sale—and the price might stun you. The 1,050-square-foot home is listed for $950,000. So, if you’ve got almost $1 million lying around—this could be just the house for you.

Of course, this isn’t just any old 1,000-square-foot home. It may be small, but it packs a lot of style. Chip and Joanna Gaines made sure of that!

The home comes with many of the features you know and love from “Fixer Upper,” such as a hand-poured concrete countertop in the bathroom, a farmhouse sink in the kitchen, a cozy little outdoor space and, yes, plenty of vintage elements throughout.

Even if you’ve already seen the inside of this home, it’s worth another look.

The home may be small, but as usual, Chip and Jo really managed to make the most of the space:

We’re drooling over this stylish and functional kitchen:

The bedroom sits at the back of the house and is absolutely adorable:

Last but not least—look at the sleek concrete counters in the bathroom!

When can we move in?! Find even more photos on the real estate listing page.

Not only is the house itself pretty darn amazing, but the location’s not bad either. It’s just blocks away from the Magnolia Silos, where the Gaineses have their offices, and it’s also not too far from Baylor University and the McLane Stadium.

The listing agents told the Dallas News that the home has stayed regularly booked through short-term rental sites such as AirBnb, so they see that as a great investment opportunity for potential buyers. Although—we don’t know about you—but we’d love to just live in this sweet house ourselves!

We’re not the only ones obsessed with this house, either. There are plenty of people online who’d love the chance to live in a home like this.

Others deemed the “Shotgun House”: episode of “Fixer Upper” their absolute favorite:

After much debate it is official. The shotgun house episode is the best fixer upper episode.

But, of course, many are stunned by the hefty price tag—particularly because the couple who bought it on “Fixer Upper” paid just $28,000.

They put in another $103,000 in renovation and moving costs (the house actually had to be physically moved before the renovation).

Whether or not the shotgun house will sell for the $950,000 asking price remains to be seen. The house has already been on the market for several months and the property tax appraisal value is just $132,010.

How much would you pay for a house designed by Chip and Jo?