In case you need more support for your sibling rivalry... 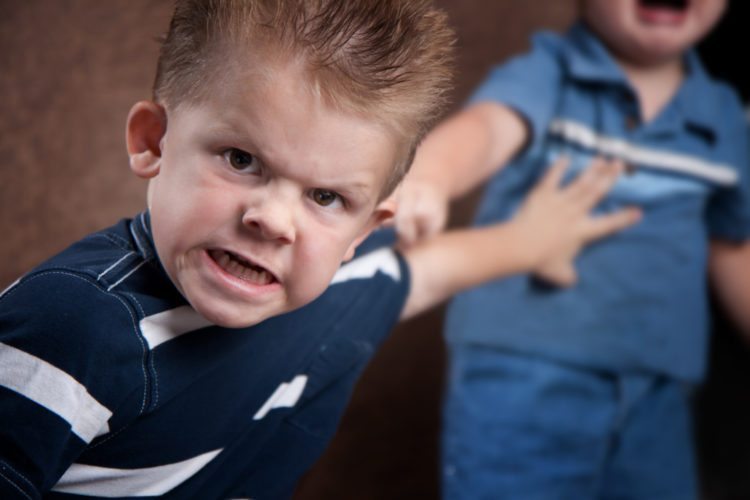 A study has concluded that second-born children are more likely to end up getting in trouble at school or having issues with the law later in life — a finding that is sure to bring much pleasure to older siblings everywhere.

Researchers from MIT, Northwestern University and the University of Florida (plus a few other institutions) followed thousands of sets of brothers in Denmark and the state of Florida — two dramatically different cultures.

They found that second-born boys in both locations were more apt to run afoul of authority figures than their older peers.

“Despite large differences in environments across the two areas, we find remarkably consistent results: In families with two or more children, second-born boys are on the order of 20 to 40 percent more likely to be disciplined in school and enter the criminal justice system compared to first-born boys even when we compare siblings,” the authors wrote in the study.

The Connection Between Birth Order And Crime

So, why does birth order affect the likelihood of criminality?

The study authors theorize that this higher risk of delinquency could be due to the fact that second-born children do not receive the one-on-one focus and supervision that their older siblings did. (“Marcia, Marcia, Marcia!”, anyone?)

RELATED: Why Firstborn Children Are Smarter Than Their Siblings

Furthermore, the study authors also say that second-borns might act out more because they look up to an older sibling, whereas first-borns look to adults as their first role models.

Put simply, the oldest child spends more developmental time around adults, which, in turn, influences them to behave more maturely.

A second-born, on the other hand, will be looking to a toddler or a school-age child as a role model — or one who will naturally be more impulsive and egotistical.

It comes as no surprise that previous research has found that oldest siblings tend to be smarter than their younger sisters and brothers. The reason? Parents, naturally, spend more time alone with their first children — giving them their undivided attention.

Additionally, this new study found that, because parents continue early childhood activities with the second-born, first-born children also benefit from extended parental time and attention given to the second child.

Do Parents Lose Enthusiasm After The First Child?

Many parents in the intelligence study admitted that they were less enthusiastic about engaging in activities with younger children. What types of enriching activities, you ask? Well, bedtime stories, crafts and playing instruments — exactly the types of things that help to increase intelligence.

On top of all that, some mothers admitted they were not as strict with themselves during subsequent pregnancies with risky things like drinking and smoking. These choices could contribute to adverse outcomes for their babies, as well.

But, before parents start to panic, here’s some good news.

National Public Radio’s Social Science Correspondent Shankar Vedantam assured listeners that second child crime sprees are not a significant concern. Even though studies can show a 25 to 40 percent increase in the possibility of poor behavior choices and consequences, the overall numbers remain small.

“Only a minority of kids, maybe, you know, 1 in 10, 1 in 20, are getting in serious trouble,” Vedantam said. “But Doyle [the study author] is saying that among this minority of children, there appear to be sizable differences between first- and second-born brothers.”

RELATED: Why Having A Strong-Willed Child Is A Good Thing

What do you think? Do you think your oldest child influences your younger kid(s) to make riskier choices? And do you ever worry that your second-born doesn’t get as much attention as your first child did?

RELATED: Here are seven things your kids should be able to do by the time they turn 13:

An iceberg the size of Delaware just broke off Antarctica