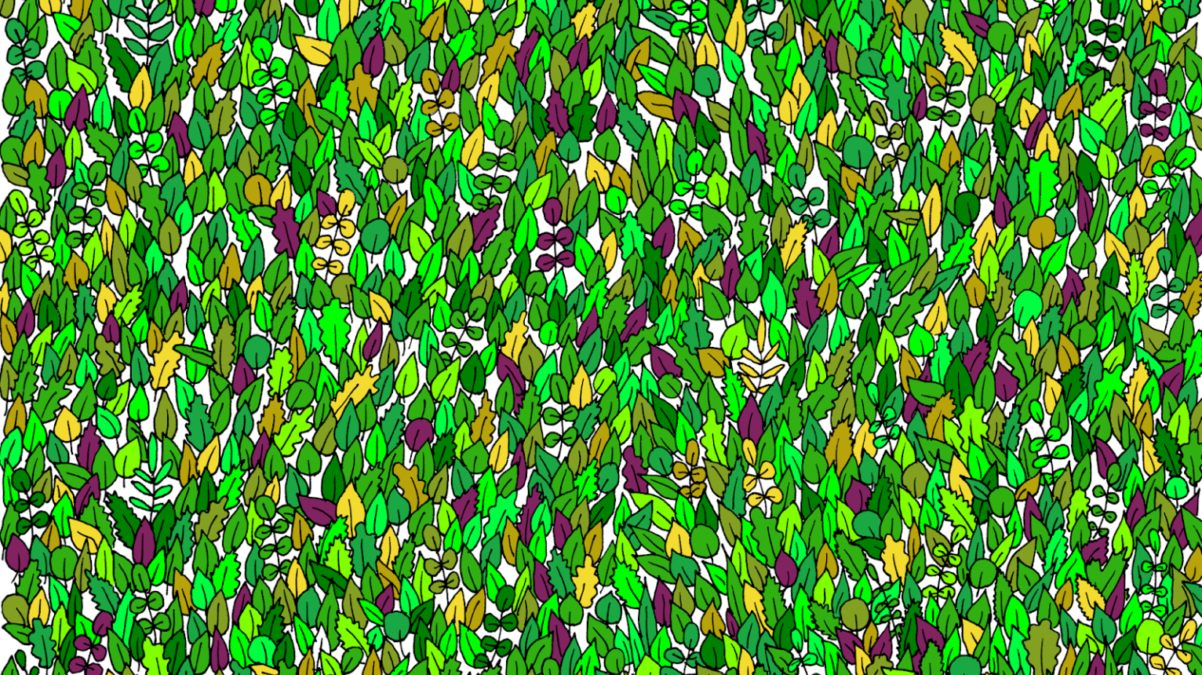 If you enjoy brain teasers, get ready for a doozy. Solving this hidden-picture puzzle by Hungarian artist Gergely Dudás, who is widely known by the … It’s beginning to look a lot like puzzle time, and it’s just in time for the winter holidays! We’ve seen our share of viral brain …

Read moreFind The Tiny Snowman Hidden Among The Snowflakes Read moreFind The Mouse Among The Squirrels In This Puzzle If you’ve got a lot of family time happening in the coming weeks, there’s bound to be a lull or two when no one’s quite … What do you call a horse missing one leg? A three-quarter horse! *crickets* OK, so maybe that joke wasn’t so good. Let’s just get on …

Read morePuzzle Time: How Many Horses With Three Legs Can You Spot? Have you been hitting the gym on the regular, working to make your body stronger? What about your brain? If you feel like you could … Sure, online riddles are fun. They’re certainly great time-killers when you’re at work, but what makes this brain teaser, in particular, so much fun isn’t …

Read moreCan You Solve The Riddle That’s Stumping The Internet? Triangles are my favorite of the shapes. Just think of all the cool things that are shaped like triangles: slices of pie, tortilla chips, cheese …

Read moreHow Many Triangles Can You Find In This Picture? Remember those posters you would stare at forever trying to find the sailboat or unicorn or whatever shape was hidden in the frame? Well, we’ve …

Read moreCan You Find The Circles Hidden In This Picture? Take a close look at this collection of LEGO bricks. Hidden among the brightly colored bricks is ONE clear LEGO. Take a minute. Look closely. Can …

Read moreCan You Find The Clear LEGO Hidden In This Picture? There are plenty of images that stump the internet — remember the blue-vs.-white-dress debacle — but sometimes these puzzles are a little more straightforward and … When it comes down to math, you may think you’re pretty solid—but then one of these questions pops up on the internet, and it’s not quite … Is this a trick? I can’t seem to find the cell phone in this photo. My head and eyes hurt from scanning the intricate carpet …

Read moreCan You Find The Cell Phone That’s Been Dropped On This Rug? “Use it or lose it,” the saying goes—and boy does this hold true for our brains. Could your gray matter use a little jog today? …

Read moreCan You Find The Hidden Words In This Picture? As an equine enthusiast, I grew up loving Bev Doolittle’s paintings. Growing up around horses, and still riding today, I love looking at her paintings of wild horses.

The way she’s able to capture a horse’s curious eyes, flowing tail and delicate but muscular frame, has always captivated me. Recently, I came across her painting, Pintos, and learned one of her specialties

is a “camouflaged technique.”

In the description of the painting on ArtUSA.com, Bev says, “I was observing a small group of chestnut horses in a grassy meadow when I became aware that they were observing me. This seemed like an interesting situation for a painting. I also thought it would be fun to have the horses observing you, the viewer, before you could find the horses! So I began to think of ways to camouflage them. The chestnut horses became pintos, and the grassy meadow turned into a backdrop of rocks and snow.”

It’s pretty incredible. Can you spot the 5 horses? Share with friends and see if they can spot them too!

Want a hint? Look for the little foal. People can’t seem to agree on the answer, and apparently only 1 in one thousand will get it right. What’s your opinion? How long did it take you to find the panda? The goal of the artist was to incorporate the human body into natural landscapes. The results are pretty stunning – can you find the women in all 10 photos? OK, I just took this test and I got more wrong than I’d like to admit (3 out of 10 correct). I definitely caught myself …

Read moreCan You Tell If The Color Swatches Are The Same Or Different Colors?

There are nine words in this set of letters. Which one do you see first? Share your answer with us on our Facebook page. This was harder than I thought, but still fun to try and figure them out! Can you put the dots together to find the hidden letters? Good luck! The answers seem to vary when I ask friends. How many cubes do you think are in this photo?

According to BrainBashers, this visual illusion first appeared in 1899 in Popular Science Monthly. Share your answers with us on our Facebook Page.

If you need a hint, BrainBashers has a nifty little button called “swap image.” It will highlight the hidden answers you are seeking. This puzzle has been driving everyone on the internet crazy. The Daily Mail first started talking about in December, and we’re not exactly sure where …

Read moreCan You Figure Out The Answer To This Fruit Puzzle Meant For Kids? When you look at this drawing, what do you see? A duck? A bunny? Or both?

This optical illusion first appeared in a German magazine in 1892 with the title “Kaninchen und Ente,” which translates to “Rabbit and Duck.” The image has now resurfaced on the internet and people are going crazy over it again.

According to psychologist Dr. Joseph Jastrow, if you can see both images, it means you’re creative. He suggested that the faster you can mentally flip between the two images, the more creative you are.

RELATED: This Picture Of A Woman’s Double-Crossed Legs Is Freaking Out A Lot Of People

And apparently, the time of year during which you saw the picture can influence what you see as well.

The Mirror reports, “children who saw the picture at Easter were more likely to see a rabbit but in October duck was a more frequent answer.”

Ready to put your skills to the test with some other puzzles?

The picture shows a group of people camping, and you’ll need to put on your best Sherlock Holmes thinking cap to suss out the answers to the questions posed.

Note: This puzzle was apparently developed for a kids’ magazine, but it’s pretty tough!

Here are the questions:

Give yourself some time to cook on these before clicking through for the answer to this logic puzzle.

Now, Can You Find The Marshmallow?

In this puzzle, there is a marshmallow hiding among the seals. Artist Gergely Dudás (or The Dudolf, if you prefer) drew this one himself and shared on Twitter to stump the social media masses.

Don’t get fooled by all the fluffy tails like I did!

Can you find a MARSHMALLOW among the seals? 🙂 🔎

Click through this link if you’re really stumped to get the answer.

How Many Triangles Can You Find In This Picture?

Just think of all the cool things that are shaped like triangles: slices of pie, tortilla chips, cheese wedges, the yellow bird from “Angry Birds” and the cover of Pink Floyd’s “Dark Side of the Moon,” just to name a few.

There are also mysterious triangles like the pyramids, the Bermuda Triangle and Phil Jackson’s offense.

Hey, speaking of triangle mysteries, here is a brain teaser recently posted by Quora that has been making the rounds on the internet.

RELATED: This optical illusion dance will play tricks on your eyes. It’s maple syrup harvest season! Cold, but sunny days make the best for collecting syrup from Maple trees. Can you find the 12 items hidden in …

Read moreCan You Find The 12 Items Hidden In This Picture? Read moreCan You Find The Cat In This Puzzle?

Stumped? It took me a solid 10 minutes to find the cell phone. I even used some clues from the messages on the original Facebook post to try and help me find it. Jeya May Cruz has surely stumped thousands with this one!

Can you find it? Here’s a clue: the cell phone case has a similar pattern to the rug.

Still can’t find it? Here’s another cue: look near the right table leg.