The push for boosting the supply of face masks for healthcare workers treating people during the coronavirus outbreak has people thinking out of the box. … It takes a lot to make the school day run smoothly. The parents, the principal, the teachers, and the custodians all play a crucial role. … The future of hearing aids is upon us. Bose, the company known for making speakers, headphones and more, has been approved by the FDA to … If you showed up late or missed the introduction, you might think she’s the main attraction. On the main stage are four middle-aged men, adorned … Everyone’s buzzing about “A Quiet Place,” a new horror film about a family that must remain silent in a post-apocalyptic society in which blind, sound-tracking … The newly married Liz and Scott Shoesmith met two years ago via the Tinder dating app. Liz told the Daily Mail she learned Scott was deaf after a Google search revealed the information before their date, but she decided to continue with their plans of meeting in person. Andit’s a good thing she did! After a couple years of dating, the pair decided to get married, and Liz planned a special surprise for her groom.

Before walking to meet him at the end of aisle, she signed the lyrics to “A Thousand Years” by Christina Perri—and there wasn’t a dry eye in the house.

The bride said her soon-to-be husband cried throughout the entire song, and when you see the touching moment play out for yourself, you’ll know why:


The couple’s story was originally shared with the Love What Matters site and, since then, this moment has been viewed online millions of times.

“Even though Scott is deaf, I have never felt more heard in my life. For every joy he has brought into my life over the last two years, I wanted to surprise him with my entrance,” she told Love What Matters. “I won’t lie, I was terrified before walking into the ceremony. But the moment I locked eyes with him I never looked away and it was a special moment just between the two of us. He held it together for a few seconds before crying the whole way through the song. He has re-watched the video a hundred times since and he still cries every time!”

Here are some photos their wedding photographer, Dreamlife Photos & Video, posted to Facebook:

Apparently, Liz began to learn sign language shortly after she and Scott began dating. And leading up to their wedding day on Jan. 27, she taught herself how to sign the lyrics to the song. Clearly, her husband-to-be was incredibly touched:

“I only knew the Auslan alphabet when I was seven years old. So I taught myself sign language by using the internet, off apps and videos. Every time I practiced the song, I was getting it wrong,” Liz told the Daily Mail. “I got lucky on the day, I didn’t make any mistakes. Everything just came naturally from my heart, and not my head.”

And the end result was an incredibly touching moment between the bride and groom.

Since getting married, the couple is striving for inclusion for not just the deaf, but for all people through the charity organization Liz runs called The Inclusive Foundation. The bride is even auctioning off her wedding dress to raise funds for the cause:

Congratulations to the happy couple! May every day be just as special as their wedding day! Legendary singer Eric Clapton says he is losing his hearing. The singer, 72, told BBC 2 he plans to continuing performing live but does have … If you are like the millions of viewers who are obsessed with Netflix’s “Stranger Things,” then you are probably equally obsessed with the show’s little … 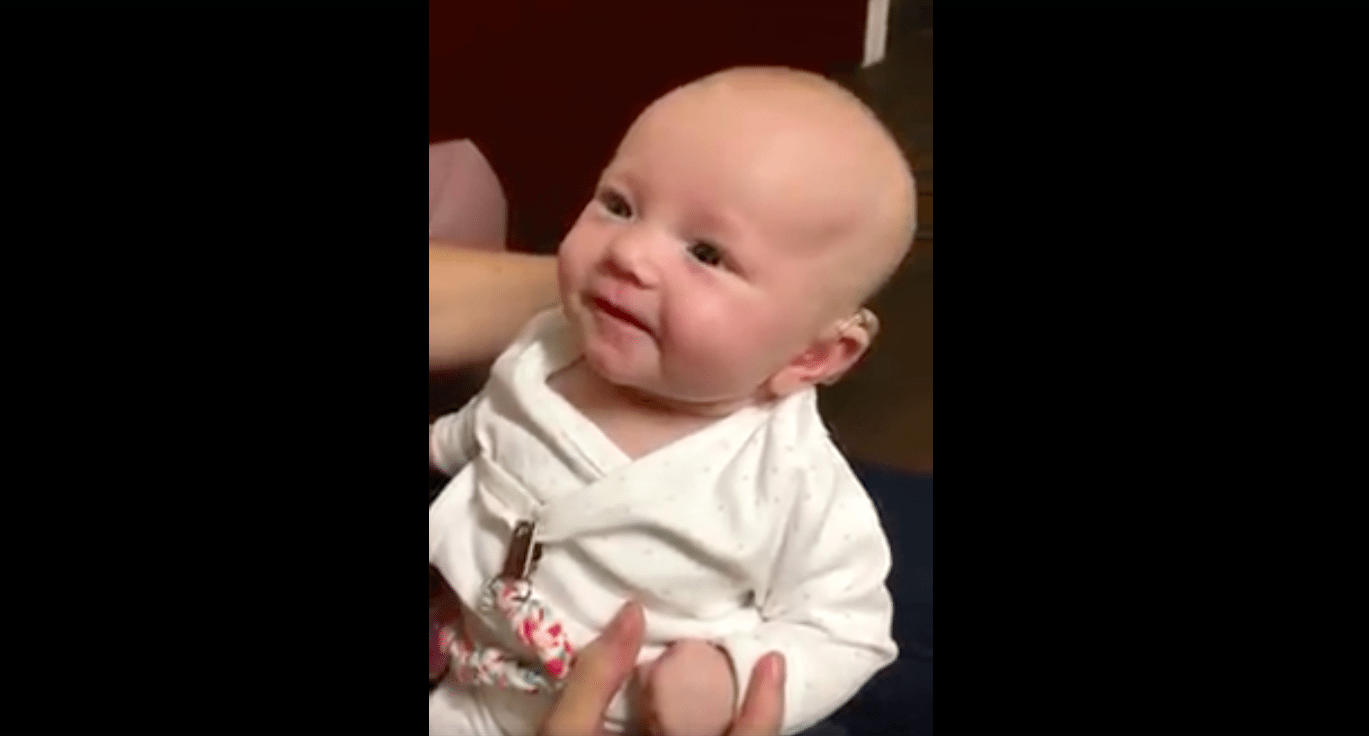 Their mother’s voice is often among the first sounds a baby hears. But for infants with hearing loss, that precious moment is usually delayed. When …

“America’s Got Talent” judge Simon Cowell has quite the reputation. Even though his temperament has lightened up a little over the years, he can be … Being granted $10,000 in prize money is no easy feat. Especially, when you’ve worked as hard as these college sophomores to earn the money. University …