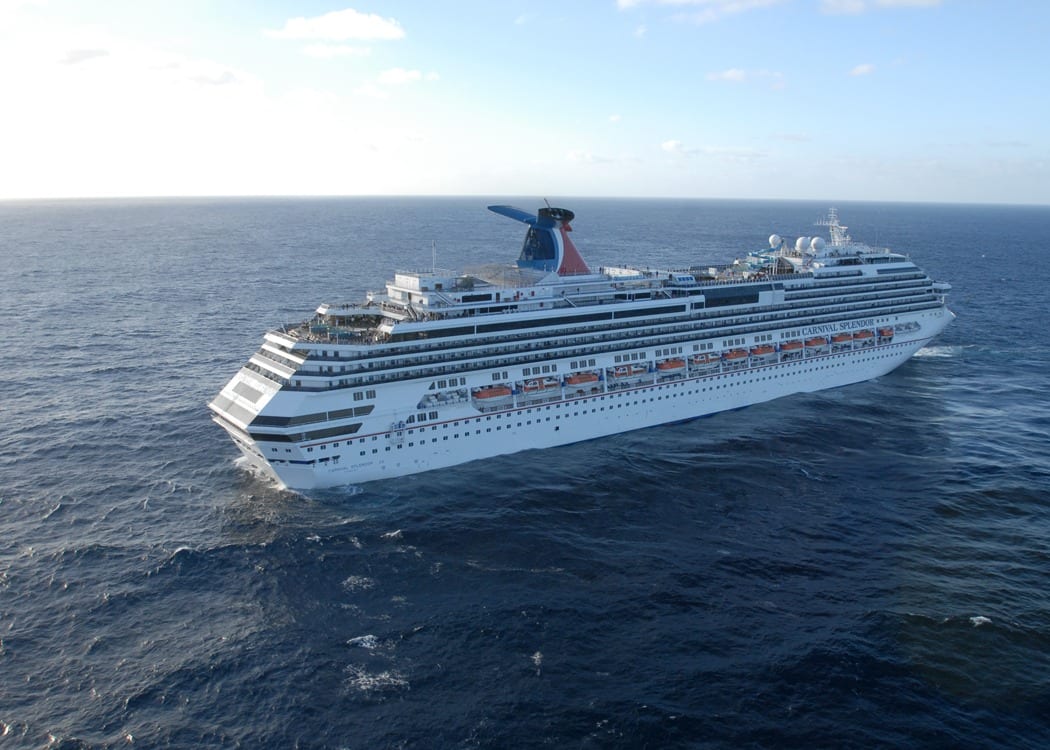 Cruise ships generate high levels of air pollution that could endanger the health of passengers, staff and port communities, according to an undercover report released Jan. 24.

On the decks of the four Carnival Corp. cruise ships studied over a two-year period, concentrations of particulate matter measured were “comparable to concentrations measured in polluted cities, including Beijing and Santiago,” according to Ryan Kennedy, author of the report and an assistant professor at Johns Hopkins University Bloomberg School of Public Health.

Ship exhaust contains harmful constituents, including metals and polycyclic aromatic hydrocarbons, many of which have toxic, possibly cancer-causing properties, Kennedy said: “It’s dangerous it’s not a healthy thing for us to be exposed to.”

Without the knowledge of the company or ship staff, Kennedy took measurements using a P-TRAK Ultrafine Particle Counter when the ships were docked as well as when moving at sea.

Consistently, Kennedy said, the highest average readings of particulate matter (PM) concentration were found behind the smokestack at the back of the ship. The equipment he used measured particles with sizes between 0.02 and 1.0 micrometers, considered ultrafine and fine PM.

“What Dr. Kennedy found on board was shocking,” said Kendra Ulrich, senior shipping campaigner at Stand.earth, the international environmental organization that commissioned the report. She noted that the stern area — the back of the ship — may be where running tracks, swimming pools or lounge areas are located, so both passengers and cruise line employees may be spending considerable time in these areas.

“Stand.earth is campaigning to get Carnival Corp. to stop using heavy fuel oil,” Ulrich said. “What this industry giant does can have a huge effect in setting standards for the rest of the industry.”

Carnival said in a statement that it coordinates its cruises with “national and international regulatory bodies like the [US Environmental Protection Agency] to insure the utmost safety of our guests and crew” and that tests of the air quality on its ships “meet or exceed every requirement.”

“Independent testing on our funnels — which is the area where the exhaust originates — further validates our claims,” the company said. “This particular organization, for fund raising purposes, is constantly in search of a problem in our industry even if it has to create fake tests that really have no scientific basis.”

Worldwide, more than 30 million cruise passengers — the major share residents of the United States — are expected in 2019, according to the association. The multibillion-dollar industry also provides jobs to upward of 1 million full-time equivalent employees, including thousands who work on the ships themselves.

King added that the cruise industry is “only a small part of this issue” and that container shipping, as well as other types of tourism, also contribute to marine air pollution.

Stand:earth financed the new study “through the investments of small individual donors online (we have over 150K supporters and volunteers) and major donors as well,” Executive Director Todd Paglia told CNN in an email.

Dr. Andre Nel, a professor of medicine and public health at the University of California Los Angeles, noted that the new study had not been published in a peer-reviewed journal so it lacks independent verification of how the monitoring was done and possible conflicts of interest.

Nel, who played no part in the new study, explained that “ultra-fine particles are not yet regulated in the US” and this is an “important omission” in our legislation of air pollution.

“We have never undertaken to actually make it an official part of our assessment [of air pollution] so that we can determine whether there are threshold numbers that we do not wish to exceed,” said Nel. Scientists would need to do “deliberate studies” to determine what concentrations and amounts affect human health in the same way as has been done with other particulate matter.

That said, he believes based on past research that we “do have to be careful about human exposure” to large concentrations of ultra-fine particles.

Dr. Frank S. Virant, a clinical professor of pediatrics at University of Washington School of Medicine, told CNN in an email that “given the size and levels of these particles I would say they could potentially be a health issue as they could readily reach the smallest airways.” Virant, who played no part in the study, said he would anticipate any health concerns would be “more of an issue in people with pre-existing respiratory disease (asthma, COPD) and/or cardiovascular disease, and especially while exercising.”

He added the P-Track device “seems well-referenced from prior vetted studies.”

Kennedy noted that “ultra-fine particles or even nanoparticles” are a “great concern for health.” If an ultra-fine particle is made up of something toxic, the likelihood of it interacting with a cell in your body is greater. Although anyone exposed to these particles is affected, people predisposed to cardiovascular disease or with pulmonary conditions, including asthma, are most at risk.

“We know heavy fuel oil has harmful constituents in it,” said Ulrich of Stand.earth. “We know that there are higher rates of asthma among children in port communities.”