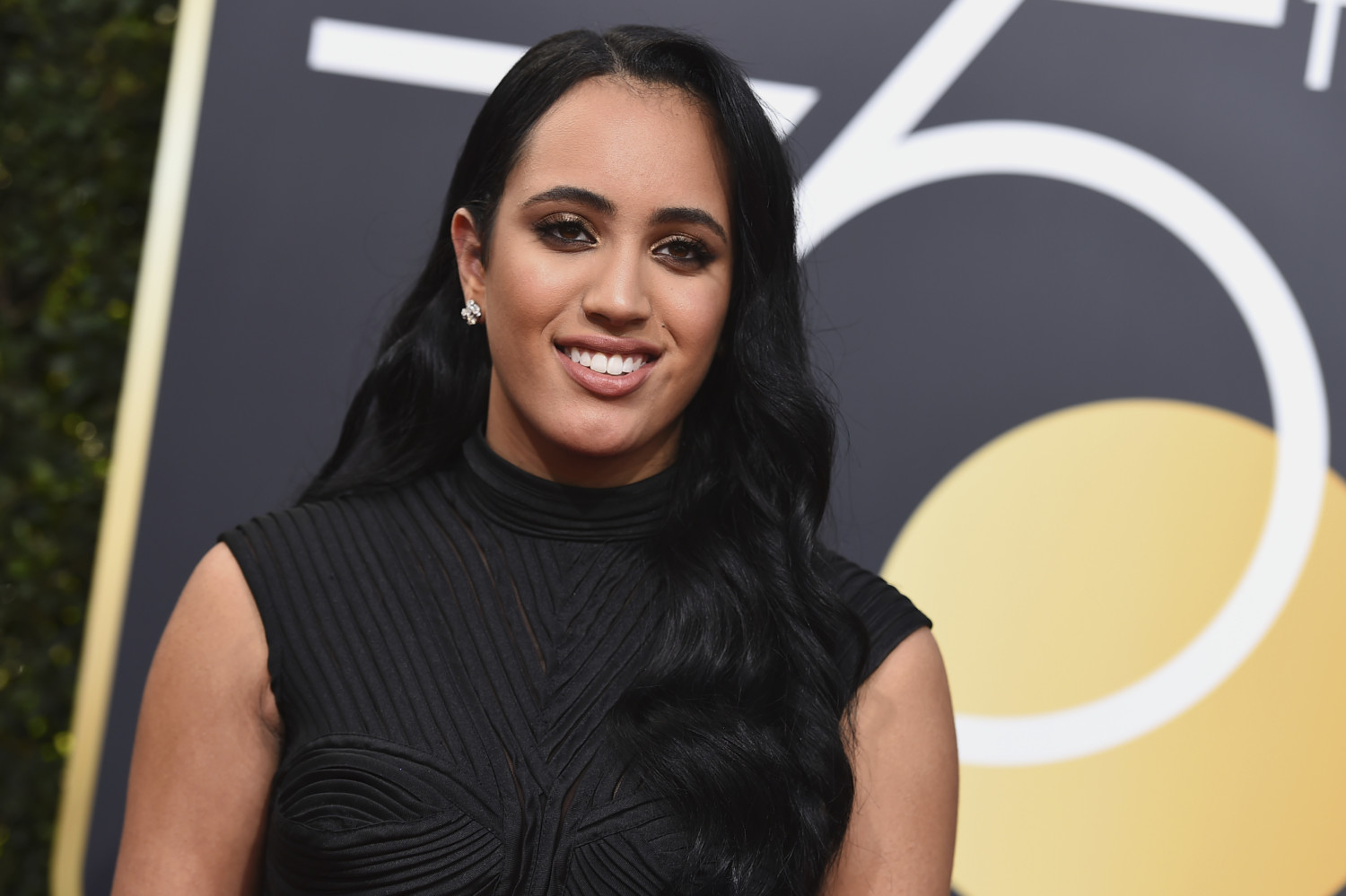 Simone Garcia Johnson comes from a long line of professional wrestlers. Her dad is WWE  superstar Dwayne “The Rock” Johnson, who followed in the footsteps of his own father, Rocky “Soul Man” Johnson, also a WWE legend. Her great-grandfather, High Chief Peter Maivia of Samoa, started the family tradition, dominating the sport in the South Pacific before coming to the United States and joining the WWE in the 1970s.

Now, the 18-year-old descendant of wrestling royalty has become the youngest person in history to sign with the WWE.

She’s been training since the age of 16, and on May 15, The Rock shared the good news about her history-making contract during a virtual appearance on “The Tonight Show Starring Jimmy Fallon.”

“And she wound up being the youngest signee in the history of the company.”

The WWE actually announced that Simone signed with the organization back on Feb. 10, and Simone took to Instagram to share the news:

“To the little girl who fell in love with wrestling & said ‘this will be my life one day,’ this is for you,'” she wrote alongside a picture of herself wearing a WWE-branded t-shirt. “I’m humbled, grateful & ready to work. Let’s do this.”

The fourth-generation wrestler is training at the WWE Performance Center in Orlando, Florida.

Her mom, Dany Garcia, also posted to Instagram to share her pride in her daughter’s accomplishment, sharing a video collage of Simone at various ages growing up, interspersed with clips of her famous family in the ring:

“It’s been the blessing of my life to watch you grow @simoneGJohnson & while the legacy of the family may be your platform, your future will be uniquely yours to earn,” she wrote in the caption. “Congrats my love on living your dream & welcome to @WWENXT @wwe!! #4thGenerationSuperstar.”

The WWE is thrilled to be welcoming Simone to the company as well.

“Simone is a wonderful girl,” Sara Amato, WWE assistant head coach, said in a statement. “She’s like a sponge, it’s pretty amazing. She knows what is takes to succeed and all the hard work and sacrifice that goes into it. I wouldn’t have expected anything less.”