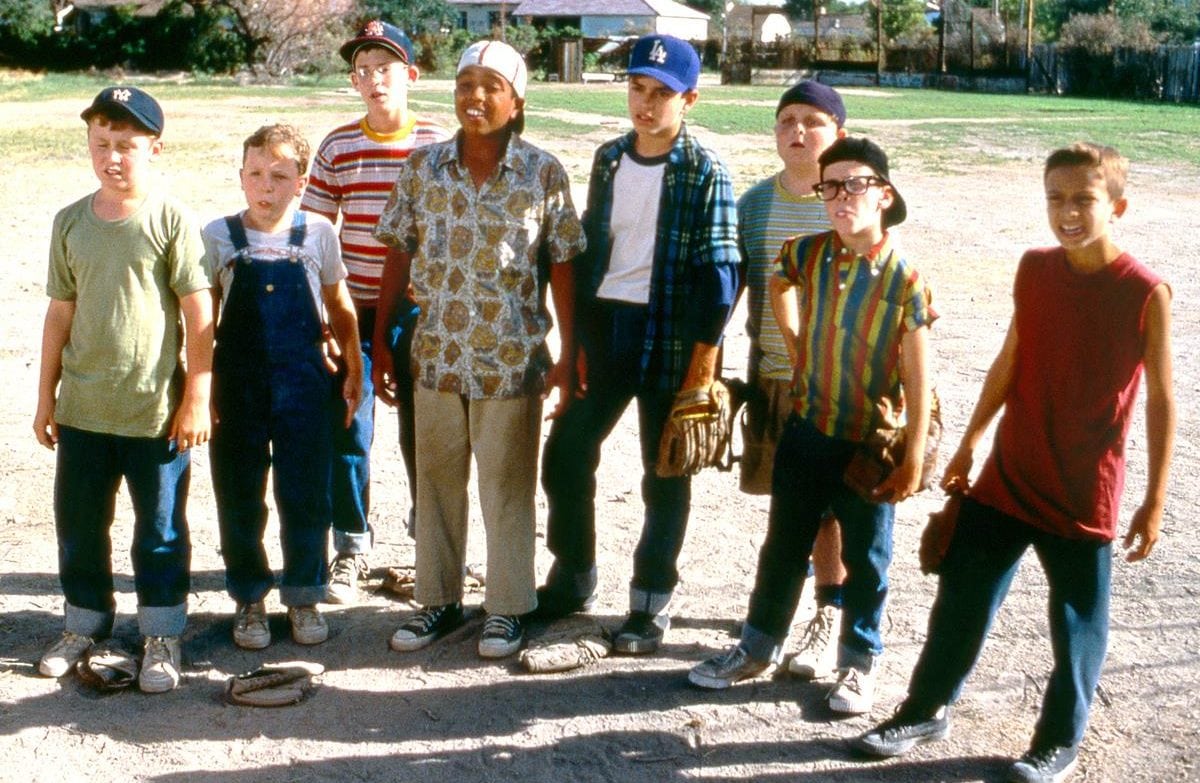 It’s been a full 25 years since Benny “The Jet” Rodriguez and the gang played baseball on the big screen and reminded us that while growing up can be tough, as long as you’ve got a trustworthy crew of friends, everything will work out.

If you grew up in the ’90s, you’re likely to have quoted “The Sandlot” countless times. Ever been frustrated and thrown out the, “You’re killing me, Smalls!” quote? Exactly.

Return To The Big Screen

Well, fans of the 1993 flick directed by David Mickey Evans should rejoice — and act fast — because everyone’s favorite coming-of-age film is returning to theaters to celebrate 25 years of making us smile. In honor of the milestone, Fathom Events and Twentieth Century Fox have granted our wishes by bringing it back to theaters for two days: July 22 and 24.

Big-time crushes, being an outsider, facing your fears, knowing when you need to ask for help — these are all major themes that this classic touches upon, making it a movie that just about anyone can relate to.

Catch Up With The Cast 25 Years Later

Feeling nostalgic yet? In case you didn’t hear about it, the cast recently reunited over — what else — a game of baseball, where they chatted with NBC’s “Today” show on how the film has shaped their lives.

Patrick Renna, the actor who played Hamilton “Ham” Porter, shared a photo of the crew reunited. Everyone is all grown up!

Just as the iconic quote in the movie goes — “Heroes get remembered, but legends never die” — these actors are pretty much bona fide legends when it comes to their “The Sandlot” fame. During the group interview with “Today,” York explained how even to this day, he can’t “walk through a Las Vegas casino without someone yelling, ‘Yeah-Yeah!'” And in all honesty, who would expect someone not to call him that?

York and other cast members have captured shots from the 25th-anniversary tour the crew’s taking around the country in conjunction with Major League Baseball.

The group is visiting baseball stadiums throughout the season and doing media appearances along the way.

As if all this “The Sandlot” news isn’t enough for you, according to a blog post from Evans, the movie’s director, he has penned a new screenplay entitled “Junior Americans.”

RELATED: There’s Apparently A Name For The Generation Born In The Late ’70s And Early ’80s

In the post he describes it as: “Set against the background of American Little League baseball, it’s a story about the power of friendship and the stresses, worries, difficulties and hard decisions that taking your first steps into the grown-up world put on that friendship.”

The next "The Sandlot" for a new generation. Based on a true story… pic.twitter.com/pa6sfUsMDM

Sounds like he has another classic in the making. However, the details of when it’s set to be released are unknown at this time.

If you want to catch “The Sandlot” on the big screen, head to the Fathom Events website to find a theater close to you. Tickets are already on sale!

Want to know about what the cast is up to today? Watch NBC’s full report below.