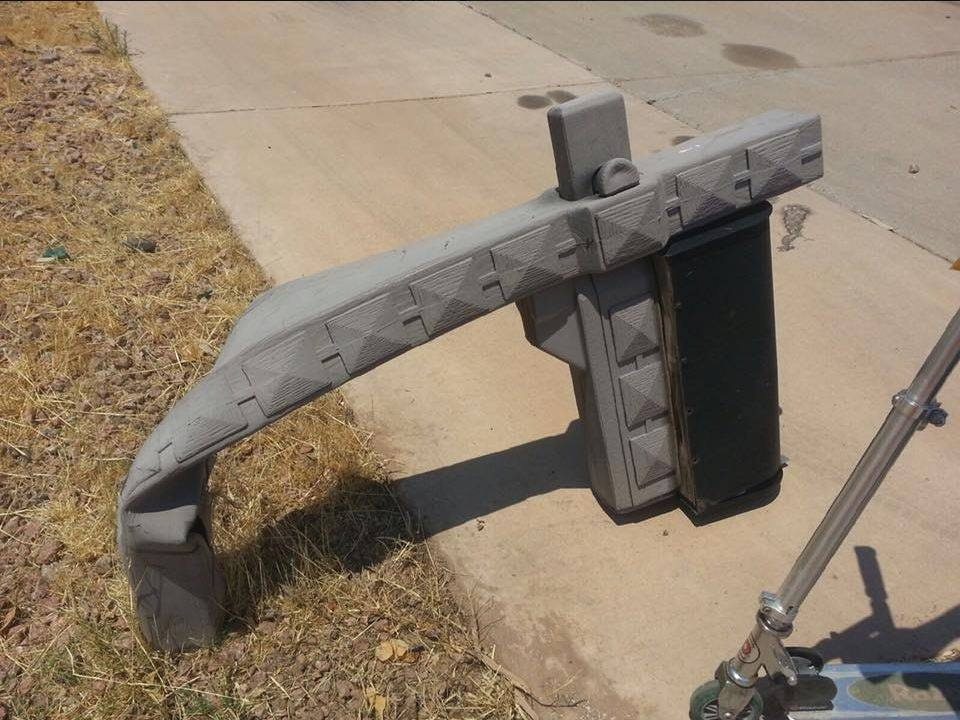 Everyone knows it’s hot in Arizona. Temperatures there regularly soar past 100 degrees, and a few weeks ago, the temperature at Phoenix’s Skyway International Airport got so hot (119 degrees!) that 50 flights were canceled—it was officially too hot to fly.

Three-digit numbers on the thermostat might be shocking, but it’s hard to grasp exactly how hot that is without experiencing it firsthand.

Luckily, people have been documenting the recent heat wave with photographic evidence of things that are literally melting in the heat.

If you really want to understand how hot it gets in Arizona, take a look at these unlikely objects that have succumbed to the summer sun.

Words were literally melting off street signs in Phoenix.

This plastic “rock” fence didn’t hold up quite as well as actual rocks would have.

This mailbox didn’t stand a chance.

A plastic planter couldn’t handle the heat, and melted away to reveal the soil inside.

One man snapped a photo of the cactus by his pool drooping precariously. You’d think cacti, if anything, would be able to handle this heat.

It's so hot in Arizona our cactus melted. It tried to morph into a jumping cholla to dive into the pool. #toohot pic.twitter.com/yFt1HJnyrb

And of course, no roundup of heat wave photos would be complete without the classic “eggs cooking on the sidewalk” shot. Twitter user Beth Cato has that one covered.

These photos illustrate just how intense the heat is in Arizona, and they’re a good reminder that extreme heat is not just dangerous for plants and objects, it’s a real safety concern for humans, too.

The New York Times reported that the excessive heat in Arizona has caused a spike in cases of heat stroke, heat rashes and even minor burns from people gripping scorching steering wheels.

If you’re in an area experiencing extremely high temperatures, keep in mind the warning signs of heat stroke, and stay cool out there, however you can.

The body temperature of someone experiencing heat stroke can spike to 104 degrees and over. An altered mental state, such as confusion, slurred speech or seizures should never be ignored. Other signs include flushed skin that is hot to the touch (it may be dry or moist); severe headache; nausea and vomiting; rapid breathing and increased heart rate.

Heat stroke is so serious that experts recommend calling 911 immediately. While waiting for emergency responders to arrive, move the affected person into an air-conditioned building or the shade. Remove any excess clothing. Use any means available to cool them off, such as a garden hose, cool water in the tub or shower, or ice packs placed on the head, armpits, neck and groin areas.