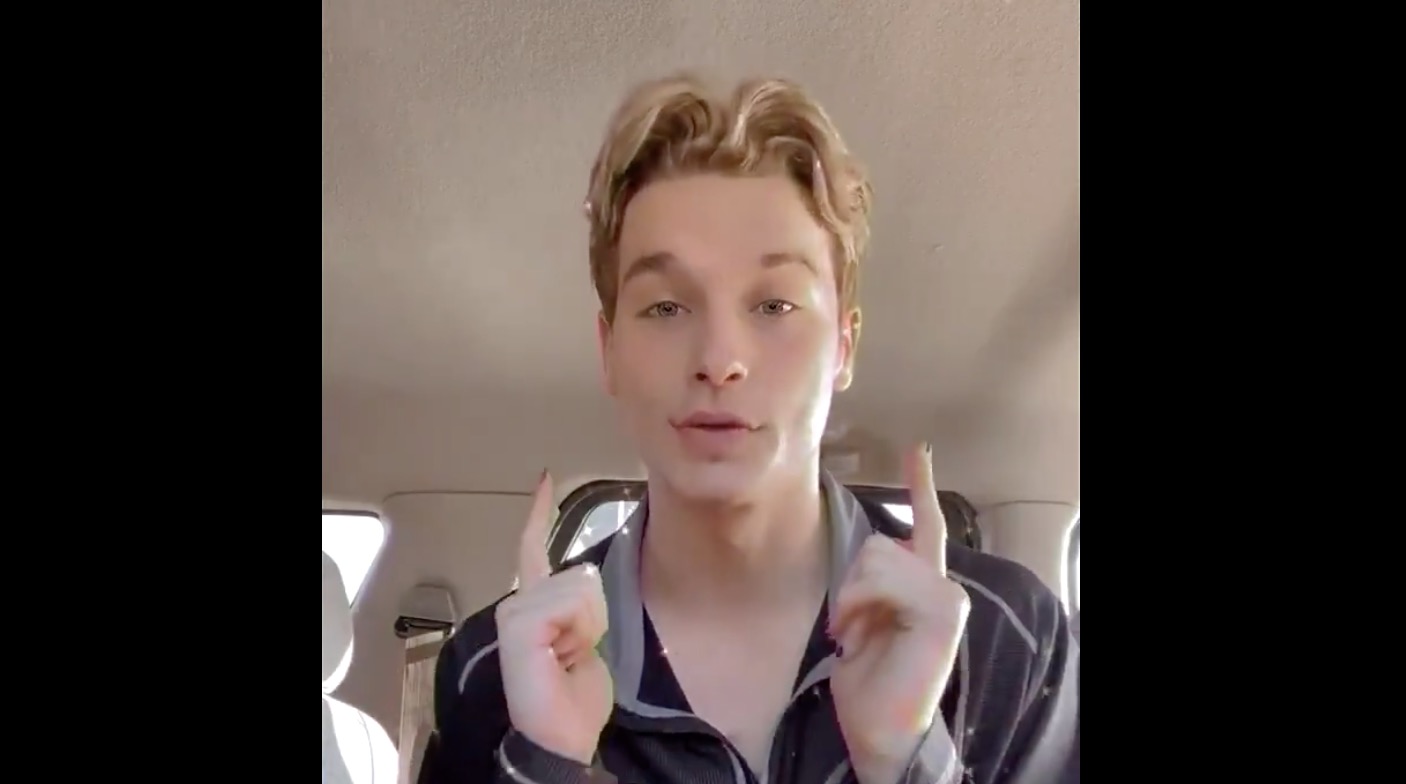 A Texas teen has gone viral and has been interviewed by various major news outlets after being given an in-school suspension (ISS) for wearing nail polish to his high school.

Trevor Wilkinson, a 17-year-old senior at Clyde High School in Clyde, Texas, tweeted on Nov. 30, “imagine your school not allowing boys to paint their nails and giving boys iss for it. and the whole administration being okay with it, homophobic and sexist? welcome to west texas.”

Wilkinson also launched a change.org petition calling on the school to change the policy.

“It’s a complete double standard because girls are allowed to paint and get their nails done,” he wrote on the petition page. “Not only that, but freedom of expression is validation enough that the dress code and policy is not okay. I am a gay male and I’m beyond proud. This is unjust and not okay. Help me show that it is okay to express yourself and that the identity that society wants to normalize is not okay. I am a human. I am valid. I should not get in trouble for having my nails done.”

According to the Clyde High School Student Handbook, boys are prohibited from wearing make-up and nail polish. The handbook states that if a campus administrator determines that a student is in violation of the dress code, the “student will be given an opportunity to correct the problem at school.”

While the responses to Wilkinson’s nails on social media have been mixed, he’s received a lot of support, including likes from tens of thousands of people.

“That’s ridiculous. Think they need to worry about more important things,” one Twitter user at @andibanker commented. “I thought it looked great! Sorry Trev that some people are so narrow minded! Keep being you and being awesome.”

Shawn Perry-Caesar at @Caesar8069 wrote, “This school is who should be punished! I am so sorry that this school has chosen hate over love! U keep being who u are sweetheart because ur perfect the way u are! Love will always win over bigotry and hatred! Love and light to u!”

This school is who should be punished! I am so sorry that this school has chosen hate over love! U keep being who u are sweetheart because ur perfect the way u are! Love will always win over bigotry and hatred! Love and light to u!

As of Dec. 9, Wilkinson’s petition has garnered over 178,500 online signatures. He has also received support from the ACLU of Texas.

“Students should never be treated differently because of their gender,” the ACLU tweeted. “TX school districts must strive to be safe, supportive learning environments, and join districts across the U.S. in removing policies based on antiquated sex stereotypes.”

Students should never be treated differently because of their gender.

TX school districts must strive to be safe, supportive learning environments, and join districts across the U.S. in removing policies based on antiquated sex stereotypes. #YallMeansAll https://t.co/mIzOmWGPtU

In a Dec. 3 update to his petition page, Wilkinson wrote that he is still in ISS, and administrators have told him he’ll stay there until he removes the nail polish. He also has the option to do remote learning due to the pandemic.

“Keep signing so I can show these close minded [sic] people that discrimination is not okay, and should not be tolerated,” he continued. “Thank yall so much for the support, it means the world and I REFUSE to back down.”

Meanwhile, the student continues to showcase his pretty awesome nail art on social media, including his “fresh set vibes” on Dec. 6, which he told “Good Morning America” had a Pride theme.

He also continues to ask for support in signing his petition and creating change with his @trevvv;) Twitter posts, including this short video thanking supporters.

Again, thank you ALL for your support and i’m so happy that WE can all come together and make a much needed change not only in Texas, but everywhere!!! Y’all are amazing!❤️❤️ pic.twitter.com/s5loe1irQp

Trevor’s great-grandfather Leroy Wilkinson, told “GMA” that he didn’t understand why Trevor’s nails were “any kind of a big deal.”

“Who does it harm? I’d like to see [the school] just drop it, that’s what they should do,” he said.

The Clyde Consolidated Independent School District told NBC News in a statement that it “conducts a diligent and thoughtful review” of its dress code policy on an annual basis. The district said it reviews cases individually, but could not share information regarding individual students.