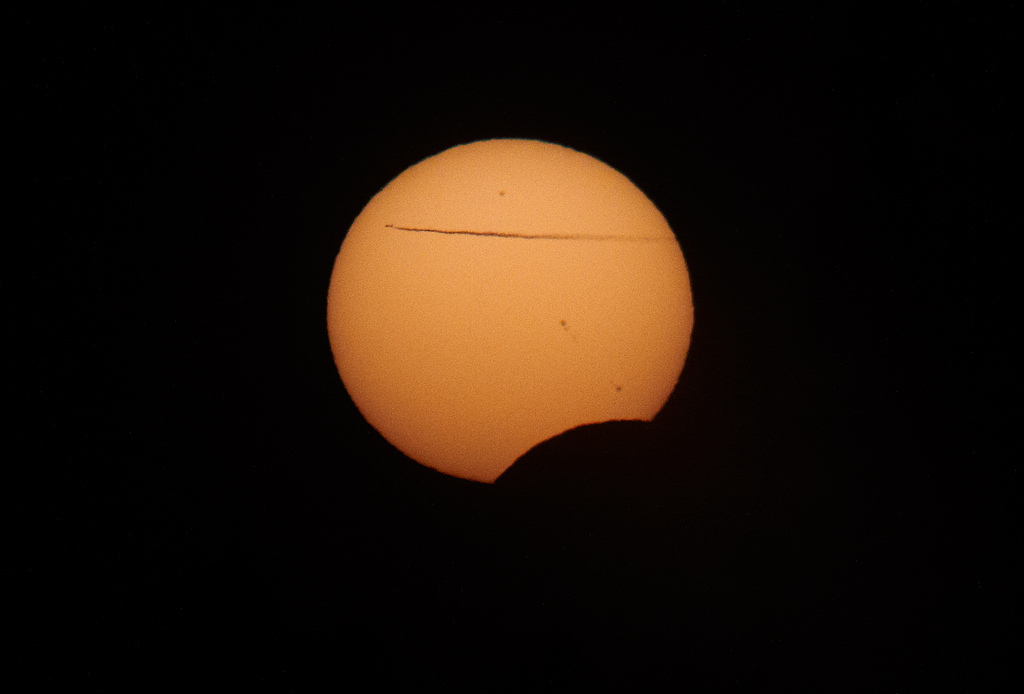 Listen up, you’re not going to want to miss this event.

This isn’t like the sort of “once-in-a-lifetime” event that car dealerships and furniture stores offer once a month. No, this is indeed a special event you won’t want to miss, so mark your calendar for August 21. It’s the first total solar eclipse to happen over the lower 48 States in 99 years (99 years!). The last time this happened was June 8, 1918. Did anyone else just get chills?

According to The Washington Post, “The sun will disappear for about 2½ minutes, beginning in Oregon about 10:15 a.m. local time; the phenomenon will move eastward, ending an hour and a half later in South Carolina. In between, the eclipse will be visible from Grand Teton and the Great Smoky Mountains national parks, from St. Louis and Kansas City and Charleston, S.C., and all points in between.”

Of course, it goes without saying (but we just said it,) you need to protect your vision. As Refinery29 advises, “You should… make sure not to look right at the eclipse except during totality.”

The light from the sun will be magnified as it’s eclipsed, so it’s important to protect your retinas.

“The only safe way to look directly at the uneclipsed or partially eclipsed sun is through special-purpose solar filters, such as “eclipse glasses” (example shown at left) or hand-held solar viewers. Homemade filters or ordinary sunglasses, even very dark ones, are not safe for looking at the sun,” NASA advises.

NASA also reminds you not to look at the eclipsed sun through a camera, telescope or bioculars. Also, be sure to look away from the sun before you remove your eclipse glasses from your eyes (it seems like a no-brainer but it’s probably easy to forget to do this).

The event will track from northwest to southeast in the U.S., and everything will be colored like a sunset in all directions as the eclipse happens. Is that cool or what?

As Astronomy.com advises, you should probably start planning your eclipse viewing plans now. It’s that major, people! And if you’re wondering where to go for optimal viewing, Astronomy.com has also put together this list showing major metropolitan areas and the amount of the sun’s surface the moon will cover as seen by viewers in each city. If you’re in Atlanta, you’ll be in for a great show, whereas those in Boston, Las Vegas or Los Angeles would be wise to head out of town to where the eclipse can be better seen in full.

There’s also a cool eclipse simulator that will illustrate what the eclipse is going to look like from your city.

NASA also created a super accurate map for the eclipse. The NASA map accounts for the moon’s terrain, the elevation of various points on earth and the sun’s angle.

Here’s what they had to say about it:

“The moon will pass between Earth and the sun in a total solar eclipse that will be visible on a path from Oregon to South Carolina across the continental United States. This path of totality will occur in a little over 90 minutes, while observers on the ground will see the eclipse for about two and a half minutes. Standing at the edge of the moon’s shadow, or umbra, the difference between seeing a total eclipse and a partial eclipse comes down to elevation—mountains and valleys both on Earth and on the moon—which affect where the shadow lands.”