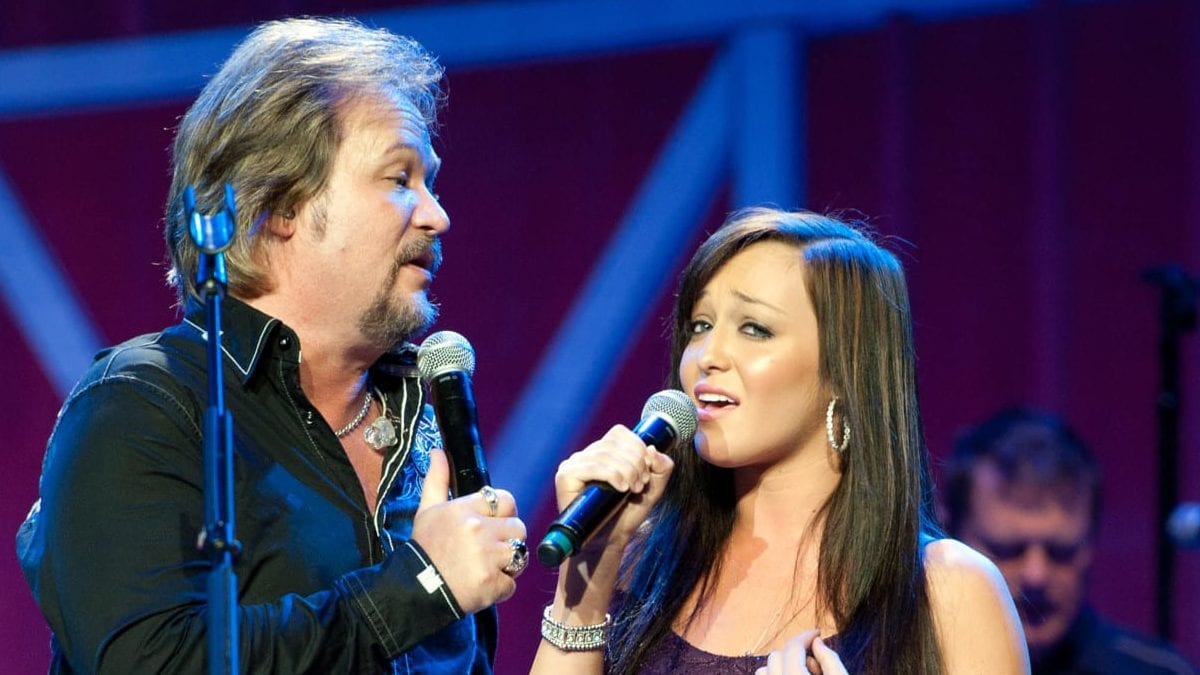 Travis Tritt is a country music icon, and now his daughter, Tyler Reese Tritt, is following in his large footsteps.

In 2017, she released “Perfect,” her first single as a solo artist. She has said the track is one that could resonate with anyone who’s been in love.

“My goal for this song is for people to be able to relate,” the younger Tritt said in a press release when the song dropped. “I want everyone to hear it and say, ‘That reminds me of my first love.'”

But that debut release was far from Tritt’s first time singing in the spotlight.

Back in 2013, a then-15-year-old Tyler recorded a duet with her dad. It was a cover of Patty Smyth and Don Henley’s “Sometimes Love Just Ain’t Enough.”

The song was the lead single off the elder Tritt’s album, “The Calm After…” Although he had originally thought of sharing the duet with an established artist, like Jennifer Nettles or Wynonna Judd, he was impressed with his daughter’s vocals when he heard her singing along to the tune during a road trip.

The official music video for the duo’s version has racked up more than 17 million views on YouTube, showing people can’t get enough of this talented father-daughter pair:

In the wake of that high-profile release, they even performed together during her dad’s tours.

It’s clear that Tritt has a ton of admiration for her dad. You can see her routinely put that love on display on Instagram, where she’ll sometimes share throwback pictures of the two of them together with her 23,000 followers.

Although her dad admits he initially worried about his daughter getting into the entertainment business at an early age, he has also said he thinks she benefits from his experience.

“From being around me and being around the business, she knows what kind of hard work and what kind of commitment it takes,” Travis Tritt once told Taste of Country. “So I think that having that kind of education will be beneficial for her.”

As music venues have started to reopen this year, Tyler Reese Tritt has started to tour across the country, including in Ohio, Oklahoma, Pennsylvania and West Virginia. She often posts photos and videos of her shows on her Instagram page.

We can’t wait to see where this descendant of country music royalty goes next in her career!