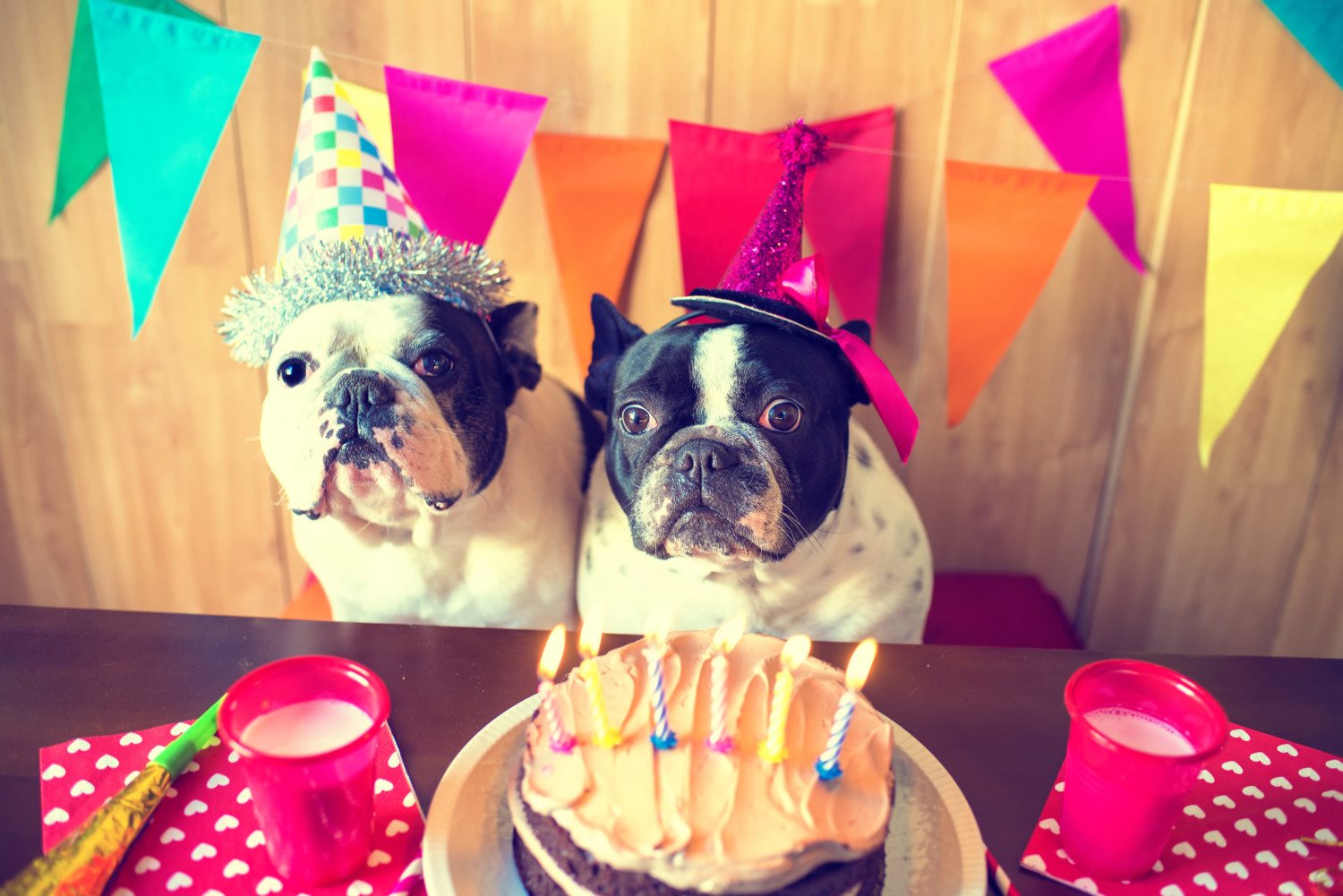 You’ve probably heard that one dog year equals seven human years. But as it turns out, it’s actually not that simple.

(And, hey, this is a serious matter because a lot of us are throwing “yappy birthday” parties for our dogs. A survey found that 75 percent of dog owners celebrate their dogs’ birthdays).

So how do you figure out how old your pup is so that you can put the right number of candles on that peanut butter cake and, more importantly, ensure he’s getting the proper vet care?

Fortunately, the American Veterinary Medical Association put together a handy chart (included below) that explains how dogs actually age.

At age 1, your dog is already 15 in human years

Dogs develop fast in their first year of life. Can you believe they’re already ready for their driver’s permit? Kidding, of course.

But we do like to humanize our dogs enough that we’re counting their ages in “human years.”

A lot of development is still happening in a dog’s second year of life.

By the end of the second year, medium-sized dogs have developed by about nine years, and are 24 in human years, the AVMA says.

After year 2, dogs age about 4 to 6 human years per year

Here’s where you can toss out the seven-year rule, and where things really start to vary. The chart from the AVMA shows dogs aging about four to six years each year after year 2. Between ages 3 and 5, for example, they age by four years each year.

These calculations are based on medium-sized dogs, which the AVMA defines as those that weigh between 21 and 50 pounds.

Weight and other factors, such as breed, can affect the aging process. Some breeds live longer than others.

And smaller dogs have a longer life expectancy than bigger dogs. This is something that is of interest to scientists because larger mammals like whales live much longer than smaller ones like rodents.

While we love celebrating our pets’ birthdays, the reality is that we’re really concerned about their age because we become so bonded to them. In fact, losing a pet can feel even harder than losing a relative.

Some ways that you can extend your dog’s life? By making sure they’re getting enough exercise and aren’t missing their visits to the vet’s office.

Here’s the chart from the American Veterinary Medical Association, if you’re curious!

RELATED: Are you your dog’s favorite person? Here’s how they choose: