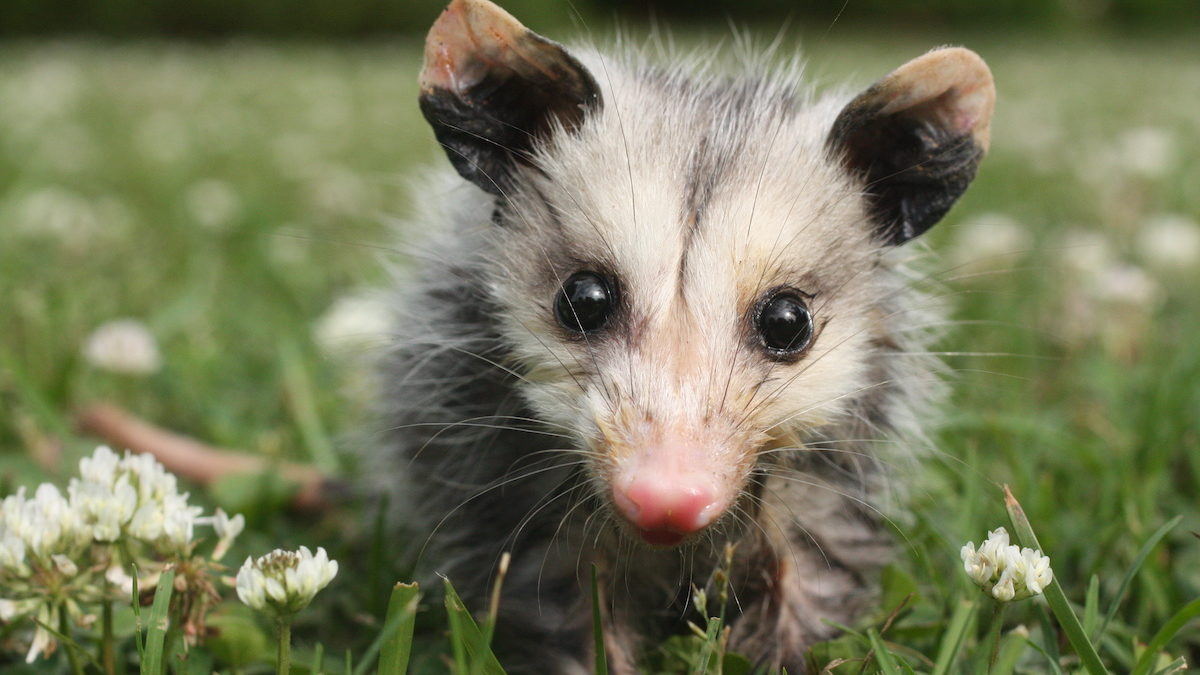 If you’ve ever wondered, “What are possums good for?” — well … you’re not the only one. These strange-looking creatures don’t have the best reputation. In fact, they’re known for being pretty vicious and often get the blame when anything goes wrong in the backyard. But is it possible that we’ve gotten them all wrong?

According to the Wildlife Habitat Council, the Virginia opossum (commonly known simply as a ‘possum in North America) actually poses little threat to you, your pets and livestock, and your garbage cans.

And their mean-creature act is just that. They’re more scared of us than we should be of them, and when they feel cornered or attacked, it’s their psychological instinct to faint or play dead. Their body goes limp, their mouth hangs partly open, and they start drooling – all to imitate a dead animal so predators leave them well alone. This is known as “playing ‘possum,” says the Opossum Society of the United States.

As for that aggressive hissing, that’s just a defense mechanism that kicks in when they’re scared. They won’t actually attack.

What Is A Possum, Exactly?

Dig into the history of the opossum, and you find some pretty interesting facts. For starters, it holds the distinction of being the only animal alive today who shared the same land with the dinosaurs, more than 70 million years ago.

The opossum also holds the title of North America’s only marsupial (“pouched” mammal) – despite its appearance, it’s not related to the rat but counts the kangaroo and the koala among its closest cousins. And just like kangaroos and koalas, baby opossums stay inside their mother’s pouch to nurse and grow. When they outgrow the pouch, they ride on their mother’s back until they’re old enough to fend for themselves.

What Are Possums Good For?

It’s time to rethink your stance on possums, because it may be a good thing to have them in your backyard.

They are opportunistic feeders with an ability to stave off toxins and diseases, including rabies. This means they can eat snails, slugs, insects like cockroaches, small mammals and even reptiles like rattlesnakes, keeping all those unwanted pests — including the venomous ones — away from our homes and gardens. The Animal Diversity Lab notes that their diet includes garbage, carrion, and fruit, so they may even help keep your yard and wooded areas cleaner. Pretty helpful, right?

But that’s not all. The possum is also great at getting rid of ticks. Like most mammals, it comes into contact with ticks on a regular basis, but each possum can kill as many as 4,000 ticks (including ones carrying Lyme disease) per week.

“Opossums are extraordinarily good groomers, it turns out. We never would have thought that ahead of time — but they kill the vast majority — more than 95% percent of the ticks that try to feed on them,” said Rick Ostfeld, Senior Scientist at the Cary Institute of Ecosystem Studies. “So these opossums are walking around the forest floor, hoovering up ticks right and left, killing over 90% of these things, and so they are really protecting our health.”

What are possums good for? As it turns out, they’re great for keeping neighborhoods clean, for controlling local pest populations, and even for keeping us healthy. Hopefully, this shines a more positive light on the opossum — and will encourage you to leave it alone if you spot one in your yard.