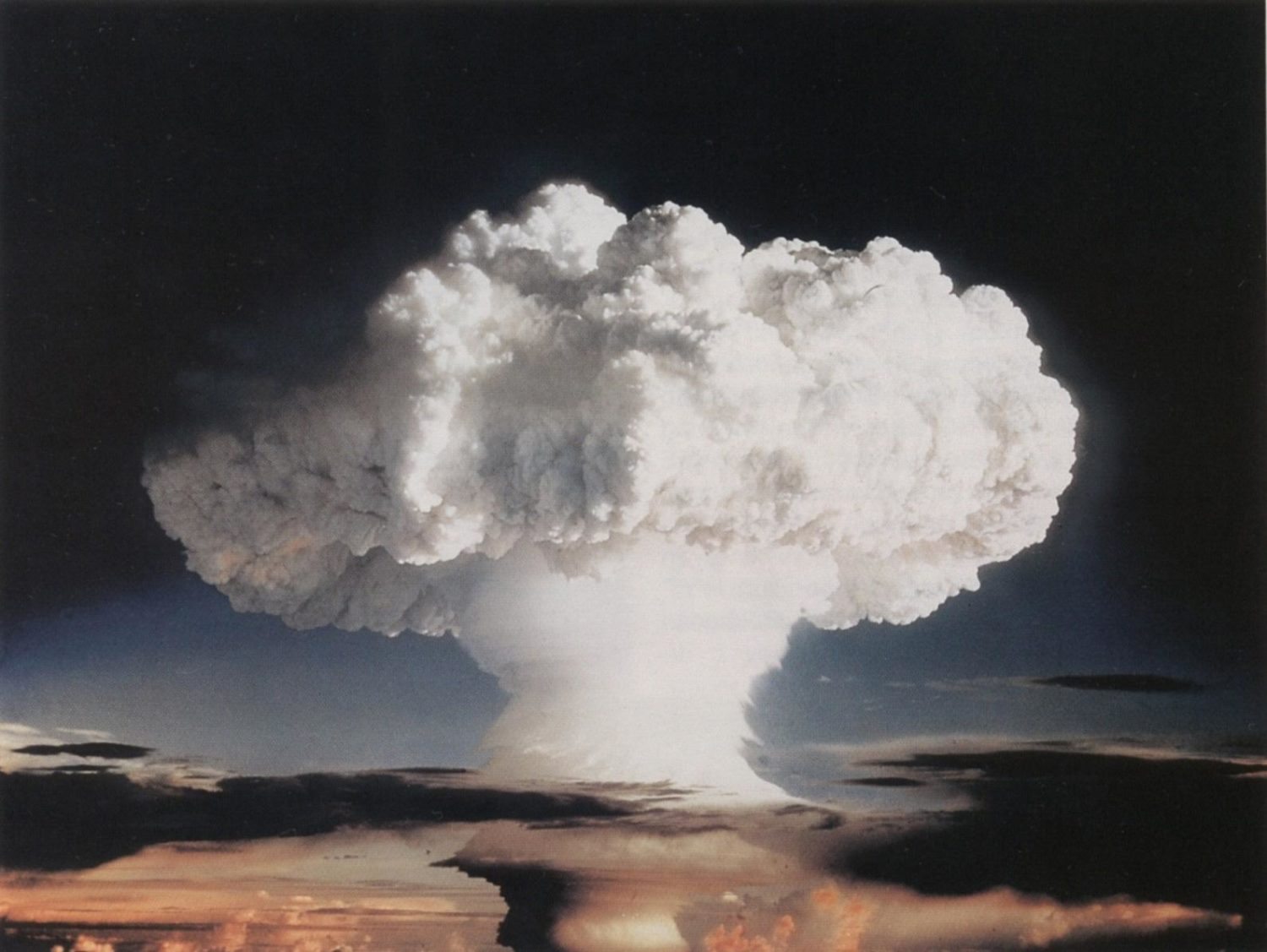 On the off-chance that a nuclear bomb was to go off where you live, would you know what to do? The thought of such an event is an inconceivable nightmare, but for those who survive the blast, the aftermath can be just as bad as—or worse than—the explosion itself.

Now, listen, there’s no need to be alarmed. We’re just sharing this information for you to file in the “good to know” section of your brain in case it were ever to happen. Better safe than sorry, right?

It would be pretty hard to miss a nuclear explosion if were to happen near you. According to the Department of Homeland Security, the blast would come with intense light and heat (also known as thermal radiation) and a damaging pressure wave.

It would include widespread radioactive material that can contaminate air, water and ground surfaces for miles. There would be fires from the heat pulse and secondary fires from the destruction. The heat of the blast compares to the temperature inside the core of the sun.

The first thing to do would be to immediately take cover. When it comes to finding the best place to take shelter, Lawrence Livermore National Laboratory researcher Michael Dillon recommends hiding in a building with the densest material possible. In a report for the journal “Proceedings of the Royal Society A: Mathematical, Physical and Engineering Sciences,” he writes that the thicker the structure, the better.

An actual bomb shelter is obviously your best option, but most of us don’t exactly have one available. Instead, opt for a sturdy brick structure without windows, or anything underground, like a cellar or basement.

This FEMA graphic from 2010 gives an idea of what makes a building a good or a bad choice when it comes to fallout:

RELATED: How To Escape From Zip Ties

One-story buildings, like most homes and businesses, are better than just standing outside, but won’t do much good when it comes to fallout radiation. If that’s your only choice, head indoors, but Dillon suggests moving to a better location as soon as possible.

Expect to stay inside for at least 24 hours, unless told otherwise by authorities.

Once in a shelter, wash off any debris that may be on your skin or clothes. According to the U.S. Department of Health and Human Services Radiation Emergency Medical Management, “If contamination is not brushed or washed off, it can cause beta burns to the skin.”

Wash your hair with shampoo, or with soap and water, but do not use conditioner. It will just bind the radioactive material to your hair.

Finally, gently blow your nose and wipe your eyelids, eyelashes and ears with a clean, wet cloth.

RELATED: How To Escape From The Trunk Of A Car If You’re Locked Inside

When returning home, remember to listen to the radio or television for information from authorities. It’s important to remember that radiation cannot be seen, smelled or otherwise detected by human senses, so even if the air seems OK, continue to stay away from damaged areas and any place marked “radiation hazard” or “HAZMAT.”