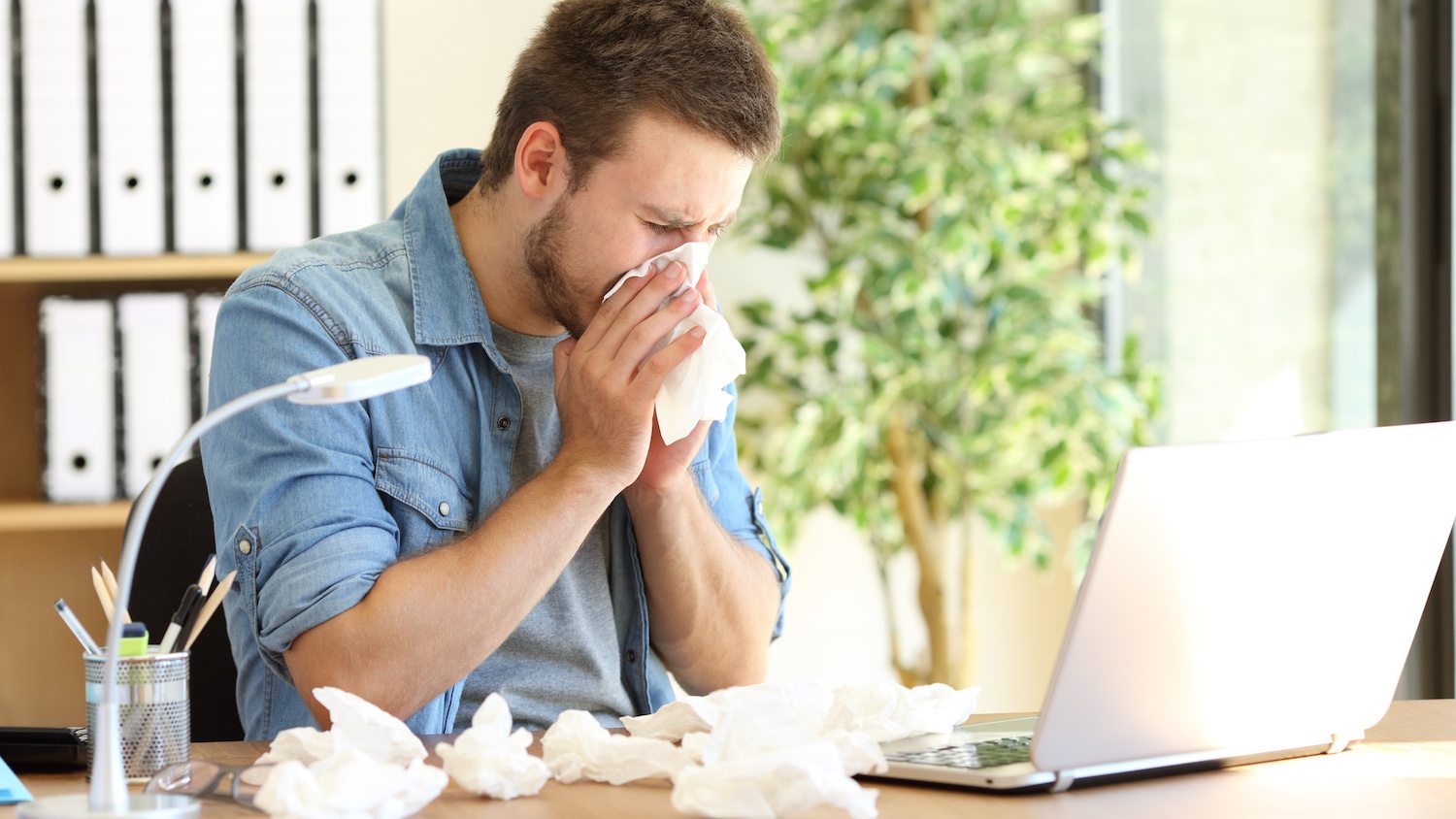 Flu season is officially here and officials are saying it could be a rough one, thanks to a new strain that’s already popping up. But as much as we worry about getting sick and do our best to prevent it, the flu and other illnesses don’t seem to stop us from going to work—and spreading our germs.

We all have that one co-worker who always shows up to work they’re sick and refuses to go home no matter how much they’re asked. Perhaps they’re saving their sick days for when they’re, ahem, not sick. Or they say they have so much work that they can’t afford to waste a day in bed watching Netflix (not that we’d call that a waste!).

But what they may not be thinking about is everyone else at their workplace—and how easily they’re spreading their illness.

According to a new survey by NSF International, at least 26 percent of American workers admit to going to work when they are sick, with men being twice as likely to show up at the office while ill than women.

What reasons do they give for potentially infecting their innocent co-workers? While 42 percent say it’s because they fear missing deadlines or having to make up too much work, 25 percent say their boss expects them to go to work no matter what.

But even though we may all be guilty of clocking in while under the weather as some point, we definitely do not like it when others show up to work sneezing and coughing. Of those surveyed, 81 percent say they not only care when a co-worker comes to work sick, but they will also speak up— with 57 percent of them telling the person to go home. And while 26 percent would ask sick co-workers to not enter their work space, only 24 percent would ask them not to use their work supplies.

On the other hand, the majority of Americans feel that if a co-worker is at work sick, it’s because they are either hardworking or simply can’t afford a day off. Some, of course, also find it selfish and only a small amount say they don’t judge their co-workers at all.

NSF International says it is best to stay home as soon as you start feeling “run down,” because you’re likely already contagious at that point, and pushing yourself to work may further strain your immune system. If you feel you cannot take a day off, ask your boss if you can work from home or talk to a co-worker about helping you out.

But as much as we may fear the flu, another new survey shows we aren’t doing all we can to prevent it. According to a survey by Clorox, 75 percent of Americans have not gotten a flu shot this year and 58 percent of those people have no plans to get one. On the other hand, disinfection is on the rise, with 74 percent saying they practice proper hand-washing and 50 percent saying they disinfect frequently touched surfaces to combat the flu.

But what if you just have a cold and not the flu? If you do feel like you’re coming down with something, check out this infographic from the Cleveland Clinic that will help you determine if you do indeed have the flu, or just a cold. While it’s best to not spread any sick germs, your co-workers will likely be more forgiving if you only give them a runny nose.