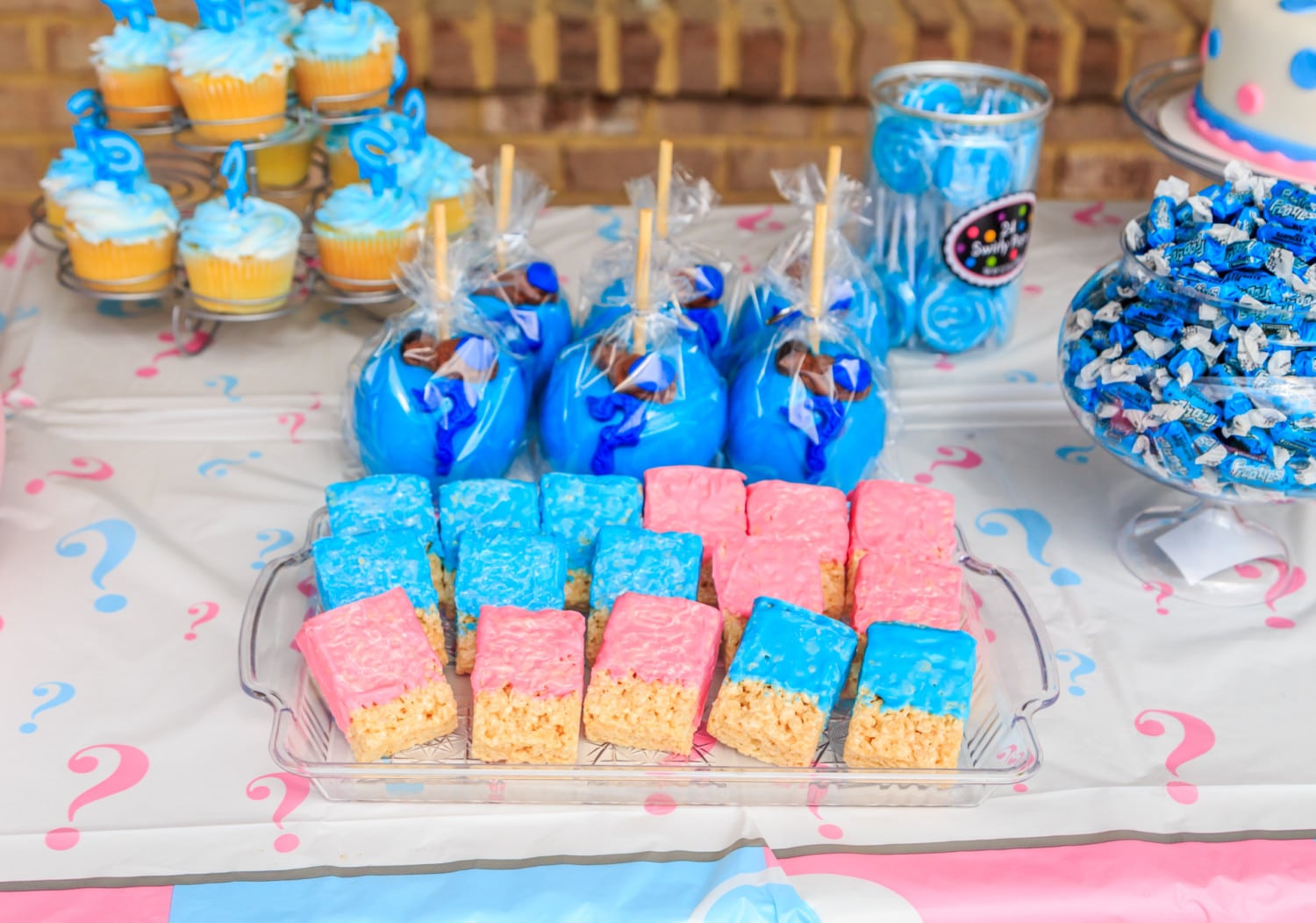 Bringing a new life into the world is certainly a cause for celebration. This traditionally happens in the form of a baby shower, a party where guests come to celebrate the new baby on the way and “shower” the parents-to-be with gifts that encompass everything they’ll need for their little one.

I totally understand the point of a baby shower and am happy to attend them to celebrate the momentous occasion that is starting your own family. (Though there are certainly some shower customs that could use an update: For starters, why aren’t all showers co-ed? After all, men are parents too, and dads, grandpas, uncles and male friends have an equal stake in the new baby’s life.)

However, there’s a trend in the world of expectant parents’ celebrations that I find much more concerning, and that is the gender reveal party. For several years now, my social media feeds have been filled with moms- and dads-to-be gleefully cutting cakes to reveal blue or pink filling or opening up a box stuffed with blue or pink balloons to rooms full of cheers. While I generally am in favor of parties for any reason, the gender reveal party is one trend I just can’t get behind.

Before you accuse me of simply being a killjoy, hear me out.

The first and main reason I don’t think people should have gender reveal parties is that it puts way too big of an emphasis on the idea of gender, when, in fact, you’re actually celebrating the baby’s sex. (Remember, sex is the biological term for whether someone has male or female genitalia. Gender, on the other hand, is a social identity that isn’t necessarily defined by physical characteristics.)

It used to be that when asked if they were hoping for a boy or a girl, an expectant parent’s stock response was, “We don’t care, as long as it’s healthy.” Having an entire party just to celebrate the fact that your baby is male or female makes the statement that you care very much — and it’s in direct opposition to evolving cultural and scientific views about gender, including the understanding that gender is largely a social construct rather than a reflection of inherent biological drives.

Sure, your baby may biologically be male or female, but the roles of “girl” and “boy” are more a matter of socialization, individual personality and many other factors.

What’s more, there’s evidence that when kids learn gender stereotypes at a young age, it can be extremely damaging. When parents impose rigid expectations on their young children related to their gender, such as giving boys the message that they should always be tough and not express their emotions or raising girls to be subservient and polite to a fault, systemic societal problems like toxic masculinity and the cult of domesticity emerge.

If we’re teaching our kids that they shouldn’t be defined or limited by their gender, why is the very first party we have in their honor focused on reinforcing those very limitations?

Even if you plan to raise your kids without restrictive gendered expectations, and you feel that’s not the point of your gender reveal party, there’s the issue that your child’s sex is probably not all that important to anyone but you, your partner and maybe your closest family members.

Most expectant parents already have one party thrown in honor of them and their baby, and that’s the baby shower. It seems a little excessive to ask friends and family to take part in yet another celebration for essentially the same occasion — not to mention expensive, if people feel like they must bring a gift to both.

While some people may argue that any party that’s a celebration of a personal milestone (i.e. wedding, wedding shower, birthday party) is necessarily going to be selfish and centered on that particular person or couple, gender reveal parties aren’t even just about you and your baby: They’re about your baby’s sex. And much like your friends and family probably care way less than you think about what you plan to the name the baby (sorry, it’s true!), chances are they’re not that invested in whether it’s going to be male or female.

While I understand that for the expectant parents and perhaps those in their inner circle, learning whether the baby is a boy or a girl may be an exciting moment, I don’t quite see how that warrants an entire elaborate party and/or a dramatic announcement on social media. Which brings me to another problem with gender reveal parties: They contribute to what I see as a culture overly focused on social media and how our lives are presented to the world.

I’ve certainly been guilty of taking way too many pictures in order to get that perfect vacation selfie to post on Instagram, only to get home and wish I had been more in the moment. Similarly, parents may spend hours scouring Pinterest for the perfect gender reveal shtick to one-up their friends — not even realizing they’re caught up in a culture that forces them to aspire to impossible standards of parenthood.

Gender reveal parties have become increasingly elaborate. It used to be limited to cakes filled with pink or blue icing, but now expectant parents are devising over-the-top schemes to announce the sex of their baby. From piñatas to smoke bombs to paint guns, the pink-and-blue props for gender reveal parties are endless.

One couple even enlisted a live alligator to reveal their baby’s sex:

I realize that my opinion may put me in the minority and people are unlikely to stop throwing gender reveal parties anytime soon. But it’s my hope that people will stop and think about the implications of these gimmicky parties before hosting them — and stop heaping our own expectations on children before they’re even born.

If, after all this, you’re thinking, “Yeah, but it’s not that serious. I just want to have a party with pink or blue cake. Is that so wrong?” I would encourage you to at least consider putting a fun, gender-neutral or gender stereotype-defying spin on it, like incorporating yellow into the theme as opposed to pink or blue, or incorporating toys traditionally intended for boys, like trucks, into a reveal for a girl, or vice versa (dolls for boys).

The even more important takeaway, from my perspective, is that once your child is born, you take extra care to ensure their that their biological sex does not have too big of an impact on how you parent them or your expectations for their behavior and preferences.

Dr. Leena Nahata, a pediatric physician in the Section of Endocrinology, Metabolism & Diabetes at Nationwide Children’s Hospital in Columbus, Ohio,  wrote a perspective piece in the journal Pediatrics about the wider implications of gender reveal parties, entitled “The Gender Reveal: Implications for a Cultural Tradition for Pediatric Health,” and she advocates for parents to think critically about their intentions surrounding a gender reveal party.

“People may have a gender reveal and still internally say, ‘You know what? We realize that gender is one aspect of our child,” Nahata told WBUR. “And we’re going to do this party because this is what people do and it’s for fun, but we also recognize that sometimes it’s not going to be what we expect either at birth or at some point in life, and it’s just one aspect of our child.’ I think that’s really the most important thing.”

As this mom pointed out, having both a son and a daughter forced her to challenge her own preconceived notions surrounding gender roles — and that’s a good thing! After all, kids often teach us as much as we teach them, and some would argue that getting to know your kid as an individual is one of the best parts of parenting.