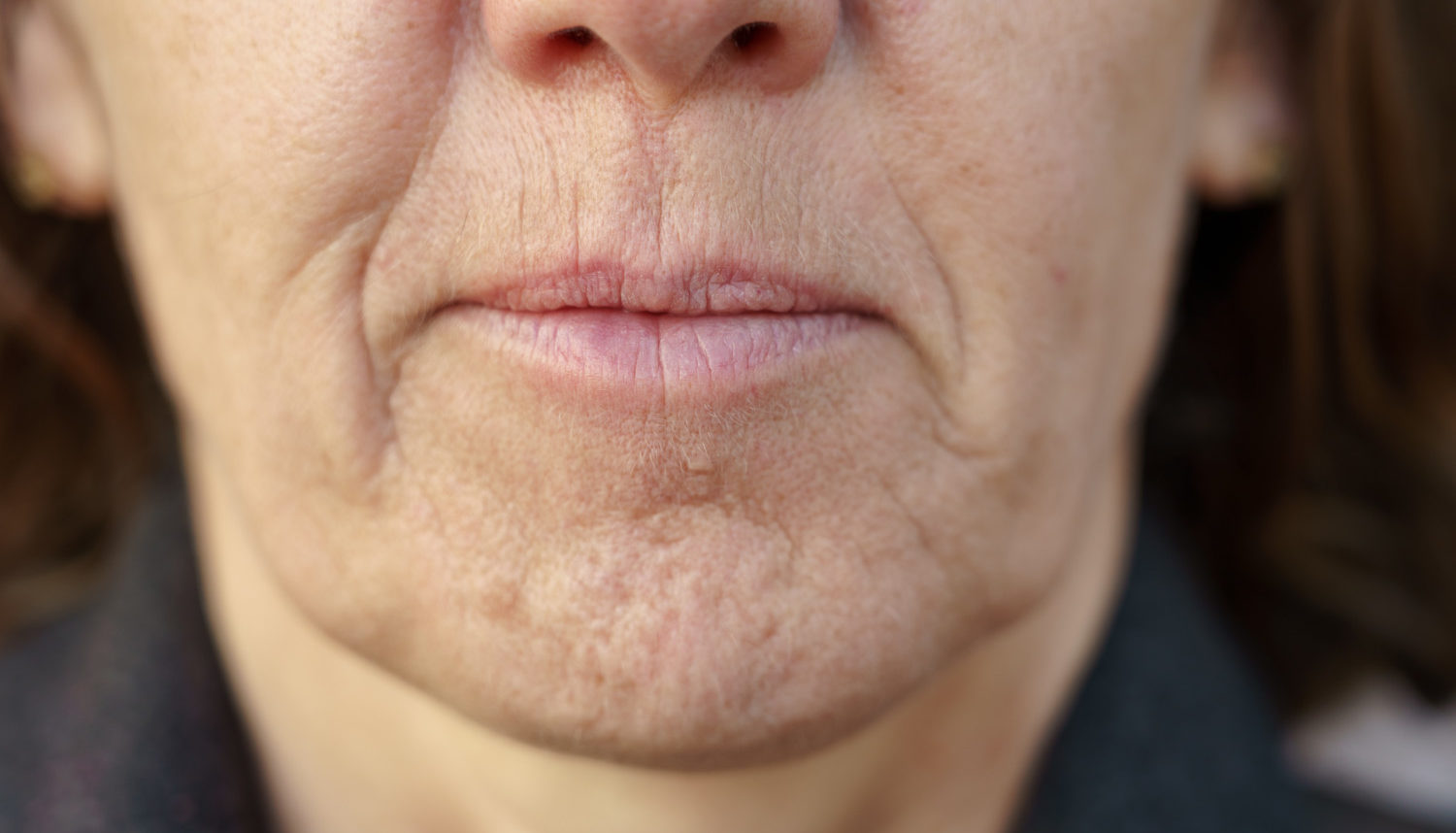 One of the biggest mysteries of my adulthood, so far, has been how a lone, wiry hair springs up seemingly overnight on my chin from time to time.

Like a meridian line, a scar from a long-ago dive board accident splits my chin into equal halves. Right above the scar line, in the northern hemisphere of my chin and just west of my nose, seems to be the patch favored by Harold, the jet black and unusually thick hair that sprouts from my chin frequently enough that he’s deserving of a nickname.

While I massage egg whites into my scalp and strategically schedule haircuts to best promote the growth of my fine, blonde hair, that darn wiry chin hair grows at breakneck speeds, reappearing not long after I pluck it.

What gives? My friends and my “shmom” (*I told her I’d change her name for this story) have long debated the hows and whys of rogue chin hair, leading me to believe it’s a fairly universal experience.

To help better understand the taboo mystery of chin hair, I’ve called in the experts. Here’s why, they say, women tend to grow wiry chin hair, whether it could hint at a medical problem and what can be done about it.

Why Do Women Get Chin Hair?

We can go ahead and wag our fingers at hormones and genetics for causing the unwanted hair growth, explains licensed aesthetician Raquael Flores. Our male hormones (they’re called androgens) are responsible for the growth, and, chances are, if mom and grandma have chin hair, you’ll inherit it, too.

Interestingly, hair can become coarse over time due to tweezing or waxing on the face, Flores explains. (That’s to say, my harsh treatment of my own chin hair could be to blame for its frequent reappearing act).

“When you have a sudden trauma of plucking the hair, you increase the blood supply to that area creating a stronger, thicker hair,” she says.

“Most of the human body is covered by thin and light-colored hair called ‘vellus hair,’ or known as peach fuzz,” Doktor says. “During puberty, hormonal changes influence the conversion of lighter vellus hair into thicker, pigmented hair called terminal hair.”

Typically, terminal hair is usually found on the scalp, pubic region, armpits, and beards — but it can sometimes grow on women’s chins, too, Doktor says.

Could Chin Hairs be a Sign of a Medical Problem?

Sure, stray chin hairs inevitably pop up and it’s nothing to worry about.

But when chin hair growth becomes excessive, it’s called hirsutism and can hint at an underlying medical condition, explains Doktor.

Defined, hirsutism is a condition of unwanted, male-patterned hair growth in women that results in a lot of dark, coarse hair in places where men typically grow hair — chest, back and, yes, chins, according to Mayo Clinic. It can arise from excess male hormones, primarily testosterone, or it can also be caused by a family trait.

Excessive chin hair growth in women, Doktor says, can potentially be the first signal of an underlying disorder, such as polycystic ovarian syndrome (PCOS). In addition to a ton of hair growth on your chin, other signs might include irregular periods and severe acne. If women notice these symptoms, they should consult their doctor.

Also, Doktor says, obesity can lead to increased insulin resistance and hormonal imbalance, both of which can cause hirsutism. The Mayo Clinic also says hirsutism could be a sign of Cushing’s Syndrome, which occurs when your body produces too much cortisol, a stress hormone.

How Can You Get Rid of Unwanted Chin Hair?

If your first line of defense is to pluck, which is often the case, you’ll need to damage the papilla in the process to keep the hair from re-growing, explains John Santino, clinical director with Hair and Scalp Clinic. It’s at the base of a hair follicle and contains blood vessels to supply nutrients to growing hair.

Since there are different treatment options available, you’ll want to discover the underlying cause of any unwanted chin hair, Doktor says. It’s even possible certain medications could be the cause of abnormal hair growth. Danazol, which is used to treat endometriosis the depression medication Prozac, for instance, are among the medications that can cause hirsutism.

“Once the cause is discovered and addressed, laser hair removal works great,” she says.

There are also topical and oral therapies that can be used in conjunction to prevent the unwanted growth of chin hair, Doktor says.

Do you get unwanted chin hair? How do you clear them?