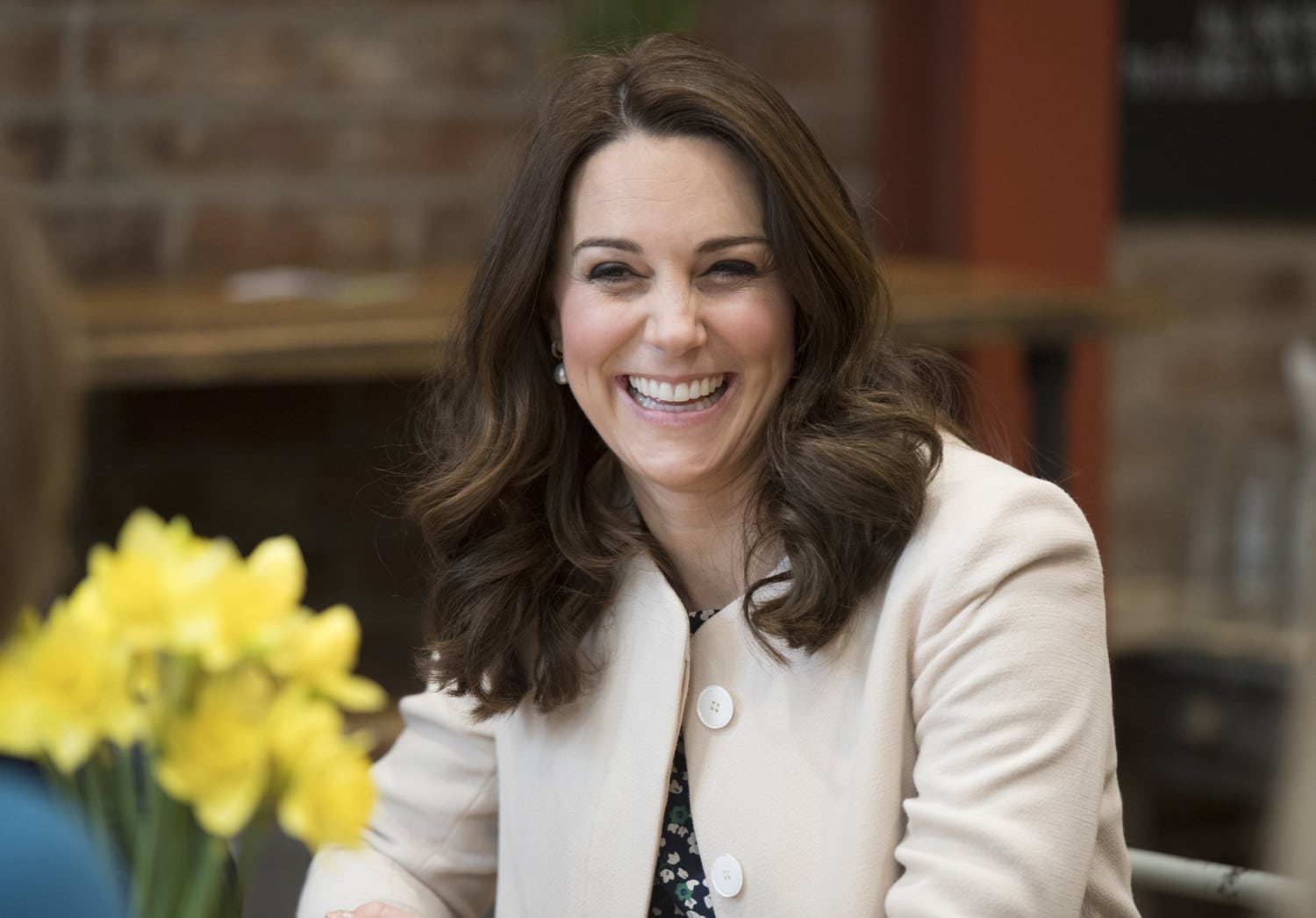 Even though most royal family fans have had the wedding of Prince Harry and Meghan Markle on the brain, we mustn’t forget that Kate Middleton also recently gave birth to her third child.

Prince Louis was born on April 23, and less than a month after Middleton stepped out to attend the royal wedding.

But, don’t get used to seeing much of the Duchess for a while now that the wedding festivities have died down because she’s taking time off from her royal duties to bond with her baby and dote on her other two adorable children.

According to ABC News, Middleton’s maternity leave could last up to six months, which means we may not be seeing much of her until October.

OK! magazine reports that the Duchess also took six months off after having Princess Charlotte.

But, the publication also reports that she returned to work just five weeks after giving birth to Prince George.

So, there’s a chance that the Duchess learned the importance of staying home after having a baby and will take advantage of the full maternity leave with her third child, as well.

Aside from the royal wedding, Middleton will also likely attend the Queen’s birthday celebration, which is known as the “Trooping the Colour,” in June as well as, of course, Prince Louis’ christening.

But, aside from that, she’ll be spending time with little Louis, Princess Charlotte and Prince George.

In England, it’s standard for moms — not just royal ones — to get 26 weeks maternity leave.

Then, they’re also allowed to take an additional 26 weeks, if needed. That’s a total of 52 weeks, 39 of which are paid.

So, if Middleton is out of commission for six months, she’s just taking the time that she legally deserves — and you can’t blame her for that, especially since she recently wrote about how much she “cherishes” time with her children.

In a letter she penned to the East Anglia’s Children’s Hospices she wrote, in part, “Spending quality time together is such an important aspect of family life and for me, as a mother, it is the simple family moments like playing outside together that I cherish.”

We are delighted to share with you a letter of support from our Royal Patron, HRH The Duchess of Cambridge for #ChildrensHospiceWeek https://t.co/JwGbMb68kI @KensingtonRoyal pic.twitter.com/JStWpQZ3dP

And she’ll be making long-lasting memories with her family from now until October. Congratulations again to the mom of three!

Parenting At The Royal Wedding

Prince William and Kate Middleton weren’t off the hook as far as their parenting duties were concerned at the recent royal wedding.

From making sure their kids, Prince George, 4, and Princess Charlotte, 3, were in their appropriate spots while awaiting the bride’s arrival to wrangling their little ones once the ceremony had ended, the royal couple definitely had their hands full. (Their youngest child, Prince Louis, who is nearly a month old, did not attend the ceremony.)

Even when they are royalty, a mother and father are always on duty — and there are photos to prove it.

Middleton then held hands with the little ones as they made their way inside. The mom even had her son hold another boy’s hand — because yes, the royals use the buddy system, too.

Once the ceremony ended and Prince William’s best man duties were complete, he returned to his dad duties and held hands with his son as they left the church.

The couple also made sure their tots were on their best behavior as they smiled for the cameras.

Middleton talked with the little princess, who’s known for posing for the cameras, as they stood on the church steps. The mom was probably trying to distract her daughter with conversation to keep her from doing anything too silly — like sticking her tongue out. As parents, we’ve all been there.

Here are some of Prince George and Princess Charlotte’s cutest moments from the wedding day: