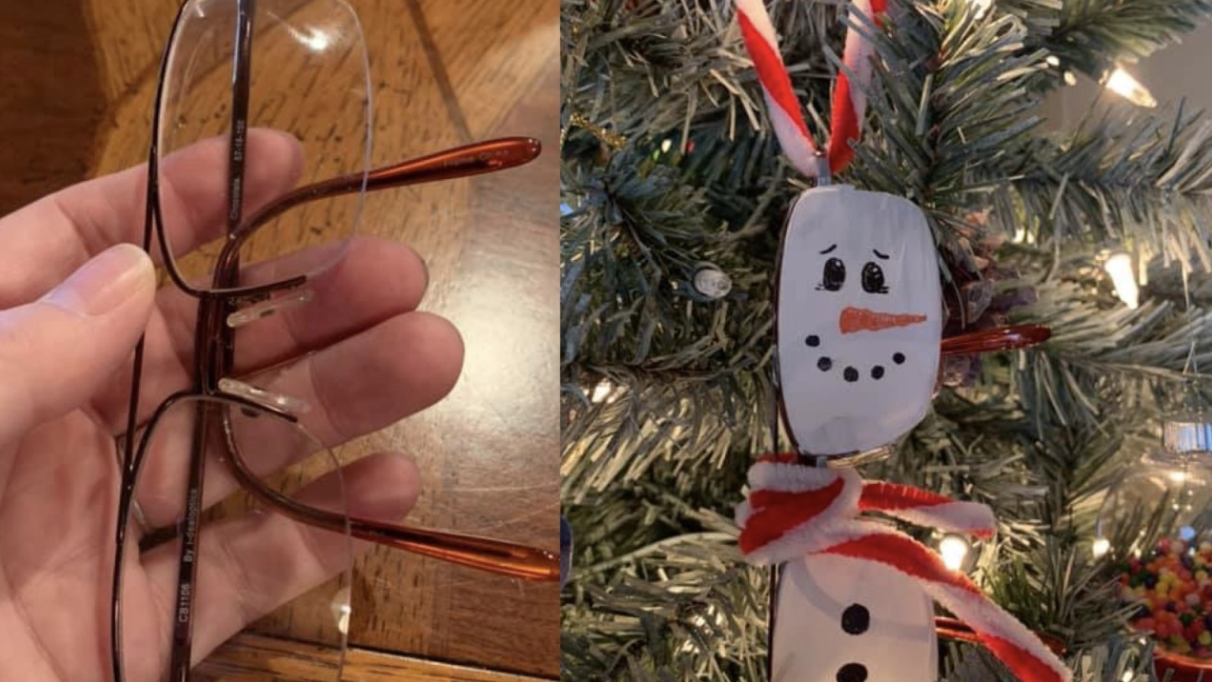 After Christy Hester lost her husband, Richard, in January, there was one thing she was having trouble parting with: his glasses.

“You get rid of some things and hold onto some things, and you don’t know why,” said Christy. “He … just helped make people happy, he was funny, he was a jokester. He always let me know how much he loved me.”

Christy, who lives in Twin Lake, Michigan, said she was wondering what to do with the glasses until a post on Pinterest gave her inspiration.

She grabbed some acrylic paint, pipe cleaners and a Sharpie and got to work crafting a remembrance ornament — turning her husband’s glasses into a snowman for the Christmas tree.

“There were lots of tears, but I think it’s healing,” said Christy.

She shared photos of her creation on the community Facebook group Rainbows over Michigan — and what happened next surprised Christy.

“I was kind of blown away by the response,” she said after her post went viral. Christy is a teacher and said she went to school the next day and had a question for her students: “I said to the kids, ‘am I going viral?'”

The post, which now has more than 22,000 reactions and more than 2,000 shares, seems to have resonated with a lot of people — and the response has meant a lot to Christy, as well.