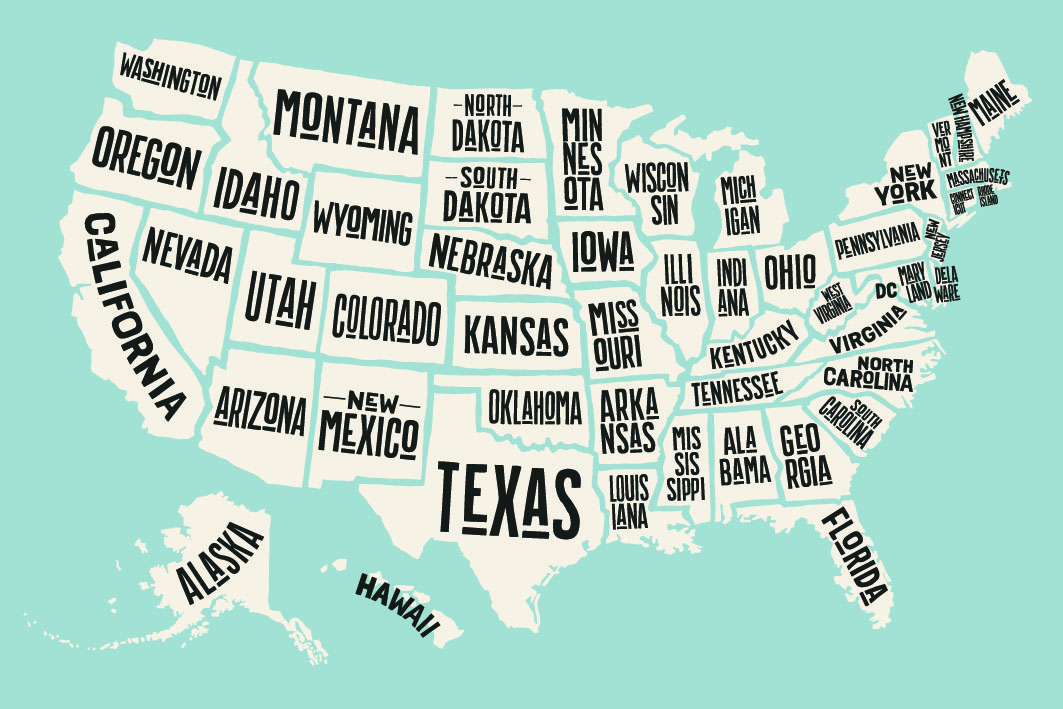 Here’s a fun brain puzzle: Can you name the one letter in the alphabet that doesn’t appear in any of the names of the 50 United States? I’ll give you a minute.

Got an idea? If you’re like me, you guessed J. And you’d be close — the letter J actually appears in one state name: New Jersey.

Another Simplemost staffer guessed X out of the gate.

But that’s not right because:

Another guessed Z. Can you think of a state that includes the letter Z?

Trying to find the answer to this alphabetic fun fact made me think of the “Fifty Nifty United States” song that I memorized in elementary school in the ’90s.

Do you remember it? You know, it’s that song that teaches kids the names of the states in alphabetic order, the one that goes “Alabama, Alaska, Arizona, Arkansas….”

Here’s a little video to refresh your memory:

Does that help you get closer to the answer?

Ready For The Answer?

The letter that doesn’t appear in any state name is Q! Good old Q.

I have to say I’m not surprised. Q is a relatively rare letter of the alphabet, anyway, usually combined with U in most words.

And it is, after all, one of the most valuable Scrabble letters due to that rarity. In the popular word-making board game, Q is worth a whopping 10 points.

But Q isn’t the only rare letter in our state names here in the U.S. The letter Z appears only in the name of one state (Arizona) and X in just two (Texas and New Mexico).

P is also fairly rare among the 50, as it appears in only three state names — Pennsylvania, Mississippi and New Hampshire.

RELATED: Map Shows What People In Every State Hate Most

Eager to cram in some more U.S. trivia knowledge? Check out some fascinating facts about the White House.

You may also want to take a look at the weirdest roadside attractions in America.

RELATED: Scientists have figured out the ultimate U.S. road trip: