Okay, so now that Thanksgiving is over, remember the following six simple tips on how to keep your heart healthy all year long.

1. Add Some Leafy Greens To Your Diet

I know—what if salad and leafy greens, like arugula, aren’t your thing? Well, that’s where smoothies come in. With the shops dominating street corners now, there’s no excuse not to drink up that spinach and kale you detest so much.

When they’re mixed with other things—like apples, beets, and ginger, for instance—the taste of the greens will be masked into a fun drink. Whether you eat your greens in a salad, steamed, or as a juice, they are heart-friendly. The nitric oxide helps arteries and blood coagulation, preventing heart attacks and strokes. Plus, they reduce blood pressure.

When grocery shopping, how often do you choose a bag of Oreos instead of carrots? As you probably know, one is better for your heart than the other. (I know—if only vegetables had a frosting-like filling!) You can’t go wrong by getting something—anything—in the vegetable section.

Those carrots you walked by will give you carotenoids and antioxidants. And, in general, plant foods provide your heart with phytonutrients.  The Harvard Nurses’ Healthy Study and Health Professionals Follow-Up Study discovered that those who had at least eight servings were less likely to have a heart attack or stroke—by 30 percent (!) versus those who had one-and-a-half servings or less. 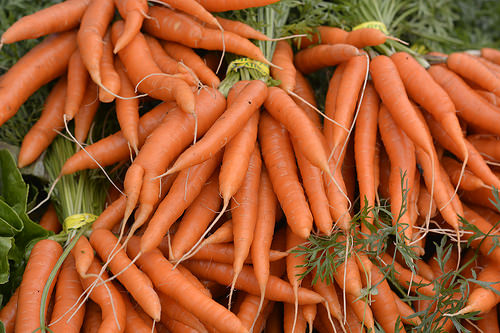 We hear it all the time: Sugar is bad for us. It’s not only bad, but one of the worst things we can consume. Countless documentary films have been made on the subject, from The Secrets of Sugar to Fed Up (which challenges you to be sugar-free for 10 days). And one beverage that’s sure to give you too much sugar is soda.

Its sugar could lead to weight gain and diabetes, to name a couple. Plus, it goes without saying that it makes your blood sugar level go up, and these sugars convert to fat and proteins—which your arteries don’t like. When Harvard researchers studied over 88,000 nurses and 40,000 physicians for more than 20 years, they found “that women who consumed more that two servings of a sugary beverage a day were 40 percent more likely to develop heart disease than women who drank fewer.”

Crazy. Also, they discovered that “men who drank the most sodas were 20 percent more likely to have a heart attack than those who drank the least.” Scary. This woman lost 112 pounds (and counting) when she gave up Coca-Cola. Plus, all we have to do is watch this YouTube clip to be reminded of what Coca-Cola does to a penny—let alone our insides!

4. Peel An Orange Or Cut Open A Grapefruit (Or Other Citrus Fruits)

Not only are they better for you than those Oreos I mentioned before, but their antioxidants may help prevent heart disease. The fruit has compounds—flavonoids—which could help with blood flow through coronary arteries and, thus, lessen the chance of blood clots.

Also, they can prevent artery plaques from forming. No one wants unnecessary plaque!

We’ve talked about green tea before, and we’ll continue to talk about its health merits. Its antioxidants are the key.

Health reported that one study found that people who had at least four cups of green tea per day had 20 percent less of a chance of having a stroke or getting a cardiovascular disease. Plus, it reduce cases of heart disease.

6. Have That Cup Of Coffee… Or Several Cups

You may be wondering, coffee… for the heart? Yes. Though coffee consumption has been controversial over the years, a study by the New England Journal of Medicine found that even one cup a day helped people live longer and could lower the risk of chronic illnesses like heart disease and diabetes. Over 400,000 healthy men and women (50-71 years old) were studied for up to 13 years. Thirteen percent died. However, the ones who drank coffee were less likely to pass away.

Additionally, the more coffee they drank, the lower their mortality risk. “Even a small decrease, when you’re talking about a [behavior] that is so ubiquitous across the human population, could mean many, many lives saved,” said Susan Fisher, Ph.D., chair of community and preventive medicine at the University of Rochester Medical Center in New York.