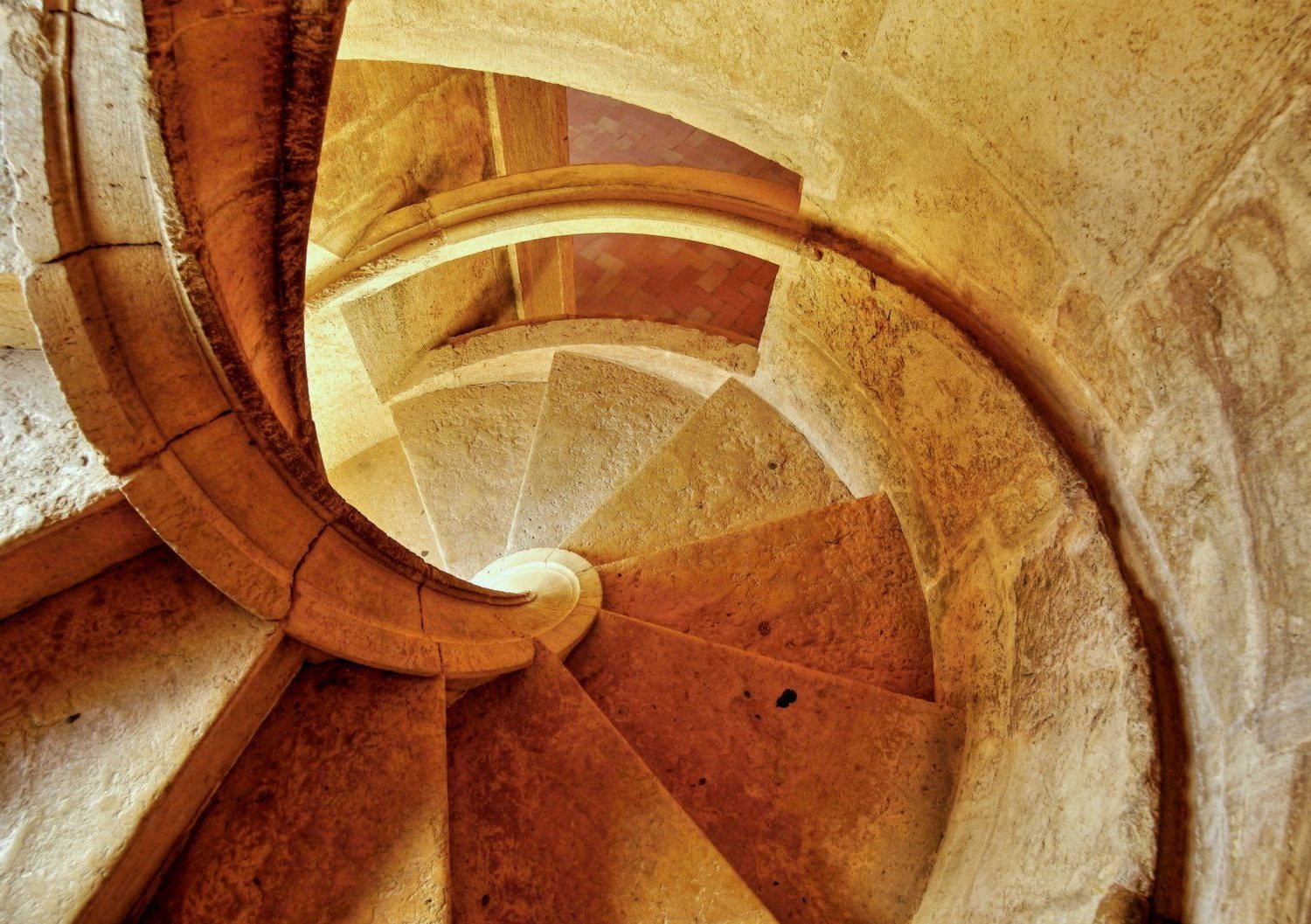 If you’ve ever explored a real medieval castle or even taken a peek inside one via a photo or movie, you may have noticed that many have similar features. From large bridges and imposing stone walls and towers to vaulted ceilings, medieval castles are works of art — but they’re also impressive feats of engineering.

There’s one consistent feature most have that you may not have noticed, and it’s one of the most interesting. Many castles have spiral staircases that were fashioned in a specific way. Though it’s not always obvious to the eye, most of these staircases were actually designed clockwise. They were built this way for one very good reason: safety.

It turns out that the direction of the staircases was meant to make it harder for an attacker coming up the stairs to draw their sword. If their sword hand (usually their right hand) was along the interior curve of the wall, it would be much harder for them to unleash their sword and swing it quickly to attack.

RELATED: Here’s What The Small Pocket On Our Jeans Is For

Anyone coming down the stairs would then have an advantage, as their sword hand would be on the outside of the wall, giving them more room to swing.

By ascending clockwise, the attacker would also be exposing more of their body in order to get their sword. That would make it easier for a defender to get to the attacker.

Of course, not all attackers were right-handed, but it’s quite an impressive design that surely helped ward off some attacks.

In addition to the clockwise direction, the structure of each individual stair of the castle also played a defensive role; staircases were designed with uneven steps — some were taller while others were shorter.

This had the effect of allowing anyone who was familiar with the castle to move quickly on the stairs in the event of an attack. For attackers, however, poorly lit stairwells with uneven stairs could create quite the hazard. The design also made them more likely to stumble or lose their balance.

When castles first began using spiral staircases, they were laid out on concrete vaults. By the 13th century, the methods had changed, with the staircases getting cut into slabs and fitted into the walls in a spiral fashion.

For more fascinating facts about medieval castles, check out this video from the Vintage News YouTube channel: