Unless you’ve been vacationing on the beach in Bora Bora, Pago Pago, or… anyplace that’s got a double name, you’re no doubt aware of the Pokemon franchise. It has, um, been in the news recently.

Did you know the entire thing evolved out of the Pokemon developer’s childhood hobby of… insect collecting? Zillions of dollars later, here we are.

If you happened to collect Pokemon cards back in the day, and still have the following (in mint condition I would assume), you’re sitting on enough potential wealth to buy the aforementioned Bora Bora or Pago Pago (OK, that’s an exaggeration, but you could at least visit). So here we go! (We’re adding the current bid value on eBay as a guideline; see below for the total.) 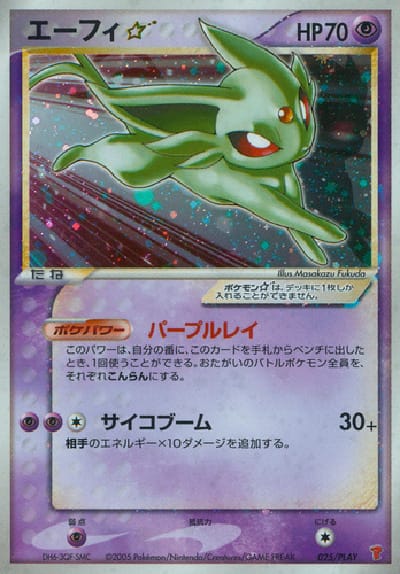 This one is priced to move at $2999. Guff reports that this one was a misprint, which is why it’s going for so much. This one was a misprint. Why $5,000 for this? The eBay ad says “If you look closely at the krabby’s fossil symbol, you can clearly see where part of it is missing!” Oh. We couldn’t find one of these listed on eBay to confirm, but legend has it there are only about 10 of these misprinted cards in existence. The price tag? A cool $10,000. Only a dozen of these were made for the Hawaiian market. The From Japan Blog pegs this one at $10K too. Who are we to argue? A school in Japan gave these away as prizes in a tournament. Only $14,999, and one can be yours. Say this out loud to fully embrace how wacky this is. “A piece of cardboard. For $100,000.” Why is this such a costly card? Well, it says “Illustrator” instead of “Trainer.” See, I knew that. And the seller threw in free shipping, so that’s a plus.