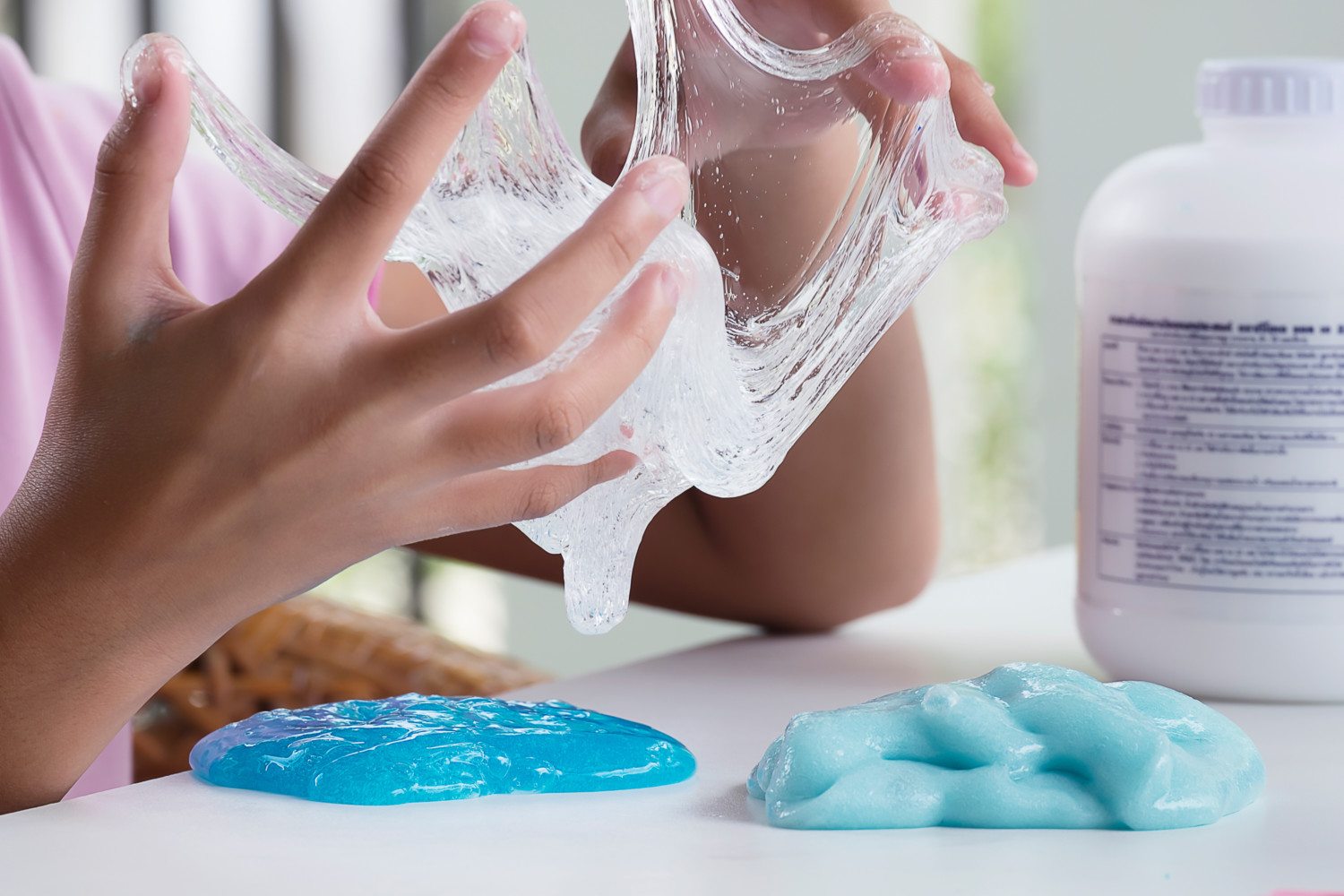 If your kids love making slime, chances are you don’t. It makes a mess, picks up a ton of hair and dirt and when your kid is done playing with it? You throw it away and start all over again.

In an effort to make sure you and your kids get more out of the slime-making experience, Kool-Aid has joined forces with Craft City to launch a fun (and delicious!) new slime. Yup, you guessed it. This slime is actually edible.

Combining snack time with craft time, the new Craft City Make Your Own Kool-Aid Edible Slime Kit costs $14.99 and is available at more than 2,000 CVS locations nationwide. The kit comes with everything you need to make the slime, including both cherry and blue raspberry Kool-Aid mixes, two secret edible slime mixes and edible confetti add-ins.

To make the slime, just follow the step-by-step instructions included in the kit, which also comes with gloves, a mixing bowl and a colorful spoon. Craft City and Kraft Heinz say their teams worked together to create the edible slime and ensure the flavors are true to the signature taste of Kool-Aid.

Craft City is a DIY brand founded by Karina Garcia, a.k.a. The Queen of Slime, whose YouTube channel about slime has more than 9 million subscribers.

She has other slime kits as well, though only the Kool-Aid kit is edible. You can find an original, clear and even slime art kit on her website, all for under $20 each. She also has numerous craft kits that allow you to make your own bath bombs, gummy art and more.

Jell-O also makes an edible slime in strawberry and lime flavors and all you have to do to make it is mix it with some warm water. The company says it will easily wash off of skin or clothing with just soap and water — assuming you don’t just eat it all.

If you’d rather your kids not eat their slime, here are nine homemade slime recipes you can follow instead. From glitter to mermaid, unicorn and even glow in the dark, if you have a slime lover in your family, there are endless ways to make it.

Will you be making any slime this summer?