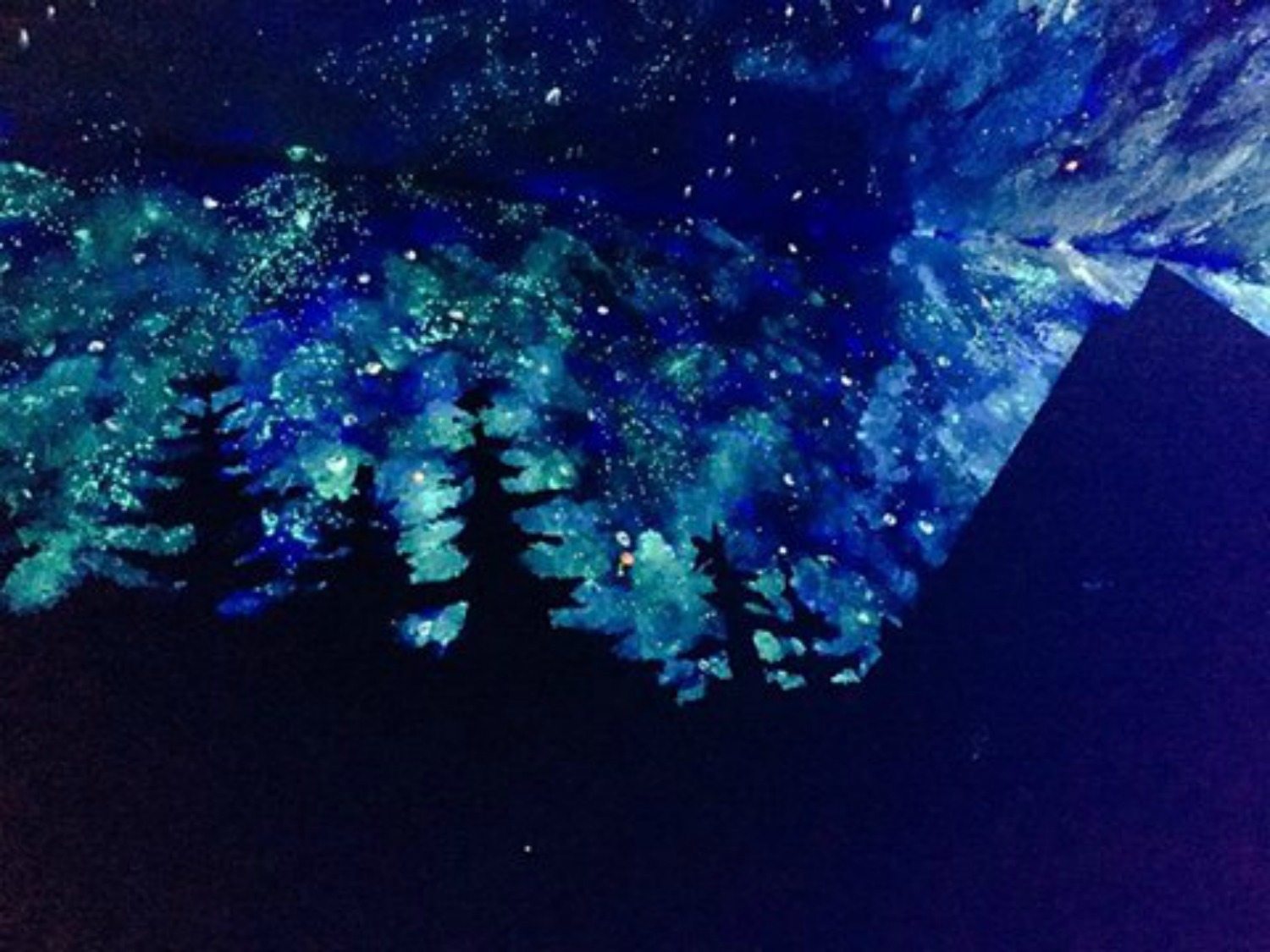 Want to be amazed? You have to see this lucky kid’s bedroom ceiling.

This work of art takes those glow-in-the-dark stickers you can add to your ceiling to the next level. As you can see, the ceiling looks like northern lights creeping out over the tops of an evergreen-covered mountain. Is this a beautiful scene to fall asleep underneath or what?

As reported by HelloGiggles, two very cool parents enlisted their friend Crispin Young to paint a glow-in-the-dark mural on their 4-year-old’s bedroom ceiling. Young is a writer and also an amazing artist, as evidenced by her beautiful glow-in-the-dark creation.

The idea originally began because the little boy wouldn’t sleep alone in his bedroom. Wisely, his parents decided to make his bedroom a place that would tempt him to stay in his bed. Since the ceiling was painted using glow-in-the-dark paint, it’s invisible during the day. This surely only adds to the build-up of being able to get in bed and check out the sights at night.

If you want to create a glow-in-the-dark ceiling in your kids’ room (or your own room, for that matter!), but you don’t have any artsy skills, don’t worry! You can make your own creation with a few shortcuts, such as with this constellation kit from Etsy.

While it doesn’t feature the Northern Lights, this cool pre-made mural option from Etsy does include some shooting stars and galaxies.

Try painting your own design (and save some money in the process).

Recreate the feeling of sleeping under the stars with some glow-in-the-dark paint plus moon and stars stencils. Or, if you want to try freeform, have a go at it with paint brushes and a sponge.

The Martha Stewart line of glow-in-the-dark paint at Home Depot is less than $7 and comes in blue, yellow and green, so that you can recreate the look of the Northern Lights just like Young. There’s also orange, if you want to add a little bit of it to the tail of a comet, as Young did.