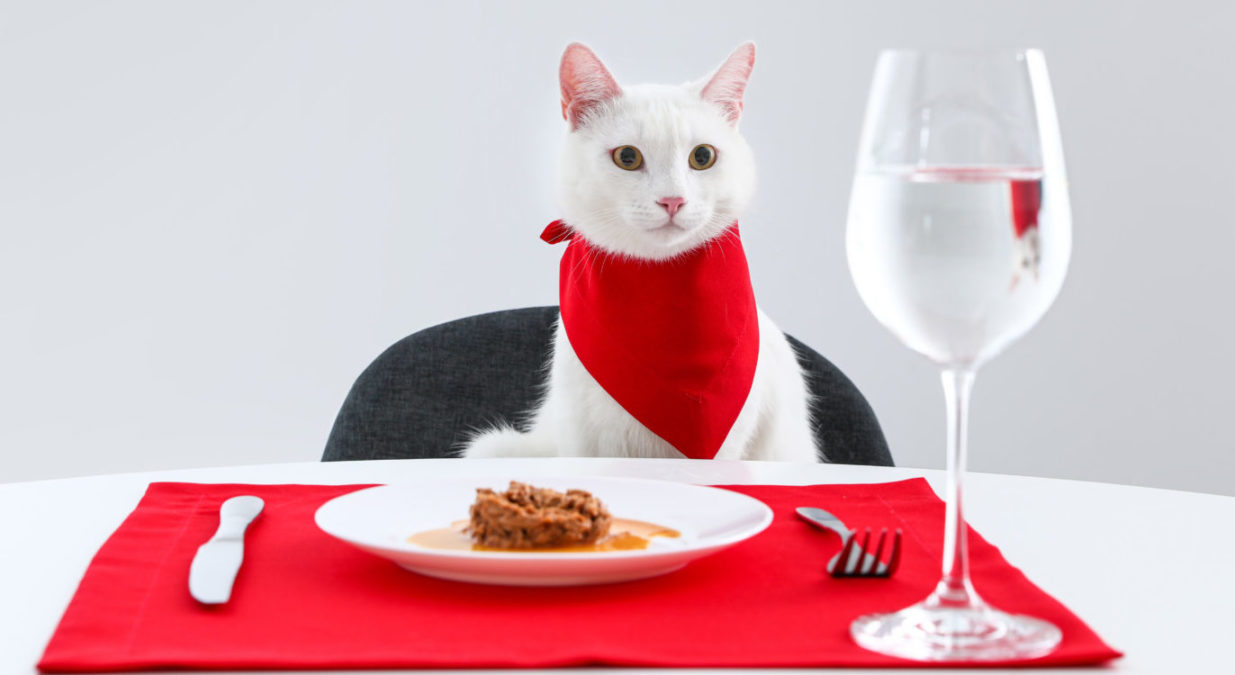 If you’re not a fan of eating alone, but don’t have anyone else to join you for dinner, there’s a new cookbook that will ensure you never have to eat alone again … as long as you have a cat.

The new cookbook is from cat food brand Fancy Feast, but don’t worry — the recipes are for humans, and were specially created for people to eat alongside their furry friends. (And no, this isn’t a late April Fool’s Day joke.)

The cookbook of single-serve dishes, which is free to download, features 12 recipes for humans inspired by Fancy Feast’s new Petites entrees, which are also single-serve and come in three flavors: grilled chicken, ocean whitefish and seared salmon.

The recipes are made with either chicken, salmon or whitefish, just like the Petites entrees, but all have a bit more pizzaz than the cat food versions and include entrees like pistachio-crusted salmon, honey sriracha grilled chicken and more.

“From Chicken and Ramen with Tomato Honey Butter Sauce to Whitefish and Asparagus with Beurre Blanc, the cookbook features recipes that are elevated, but easy enough to whip up on a weeknight,” Hassner said in a press release. “The recipes are for humans, but were created in honor of the dishes you will be serving your cat.”

Once you download the cookbook and figure out your meal, you can find an accompanying Fancy Feast Petites entree for your feline dining pal at major retailers in stores and online.

If you really want to jazz up your meal with your favorite kitty, you can also buy non-alcoholic wine created especially for cats. The elegant “Pinot Meow” red wine and “Moscato” (get it, mos-cat-o?) from Apollo Peak can be purchased online.

Would you try a recipe from Fancy Feast’s new human cookbook?