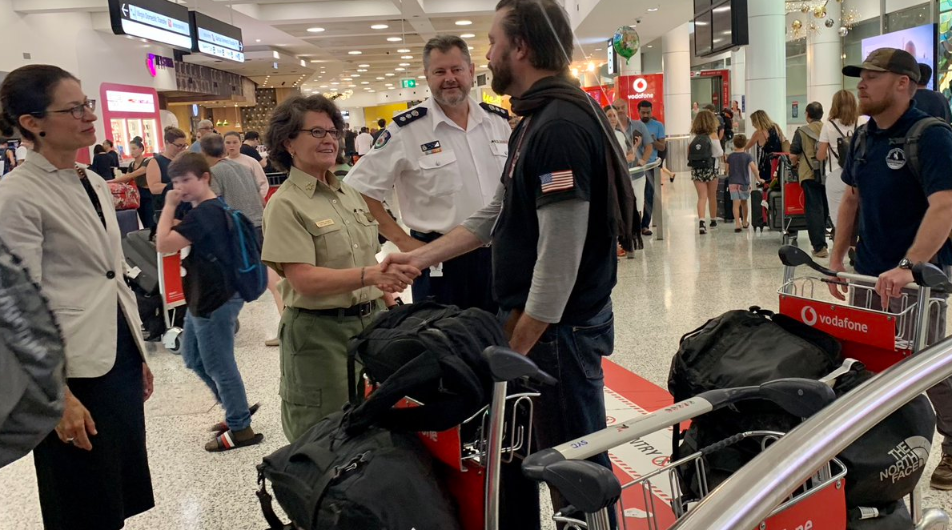 The wildfires in Australia are wreaking havoc across the country and causing unspeakable devastation. Millions of acres have burned in the environmental disaster, and scientists … Notre Dame is one of France’s most iconic and historically significant locations, and it ranks as one of the most-visited sites in the world. Sadly, … A mom is on a mission to spread the word about the viral “fire challenge” that left her 12-year-old daughter, Timiyah Landers, severely burned. According to … Some of the most iconic areas of Yosemite National Park will close on July 25 because of a nearby deadly fire. The park announced that …

Read moreYosemite National Park To Close Some Areas Due To Fire Is there anything emergency responders can’t do? Gene Work was in his yard, laying down grass sod on Saturday afternoon, when he began to have … Are you runnin’ down a dream house? While your bank account gently weeps, you can snatch up musician Tom Petty‘s former Encino, California, mansion for …

Read moreTom Petty’s Home Is On The Market For $5M Sasha the pit bull just may be a real-life Lassie. When an apartment building in Stockton, California, caught fire, the 8-month-old puppy sprang into action … Ford could halt production of the F-150, its bestselling and most profitable vehicle, following a fire at a supplier’s plant in Michigan last week. Ford …

If you purchased a smoke detector between September 2016 and January 2018, take it off your wall or ceiling for an inspection. There’s a chance … A terrified mother had to face an unthinkable nightmare on Jan. 3 when her apartment building suddenly went up in flames. Thanks to the heroism … Placing The Elf on the Shelf in unexpected locations provides fun to many families during the holidays. But one fire department is warning families to …

Read moreFire Departments Warn About Elf On The Shelf Risks Two children were rescued from a burning apartment by a homeless man, according to Las Vegas Fire & Rescue.

The fire happened around 11:33 a.m on Dec. 1. Officials say it started in the kitchen as a cooking fire.

According to Las Vegas Fire & Rescue on Twitter, 36-year-old Anival Angelo saw smoke coming from the door of the apartment and heard the two children crying. Despite being locked with a deadbolt, he was able to pull open the security door and save both children from the blaze.

Two small children, 10 mons & 3 yrs were rescued from a burning apt by a homeless man who jumped a locked gate, then pulled a dead-bolt locked security door open to safety. Both kids will be okay. The man is a TRUE HERO. pic.twitter.com/jImwAklmcB

The two children, who are 10 months old and 3 years old, were taken to the hospital for smoke inhalation. It is not believed that their lives are in danger.

Reports at the scene indicate that the children were dropped off by their mother to their grandfather’s residence. The stove burst into flames while he was cooking fries and chicken, so he used a window to get outside.

The grandfather was apparently in the back of the apartment and couldn’t get to the front, which is where the children were.

Written by Bryce Riley for KTNV. We all know that gasoline and open flames make for a terrible combination. We’ve seen enough action movies to know that when gasoline is involved, … The flames lit up the night sky. Thick, dark smoke poured out of windows and in the end, a charred and brittle structure remained, almost … We all know how the Titanic sank. It’s common knowledge that the iceberg sank the ship on her maiden voyage, leading to the death of more than … Think back to driver’s ed, and you’ll probably recall that you’re supposed to park at least 15 feet away from a fire hydrant. A driver … Nothing says winter like the snapping and crackling of a roaring fire. For some of us, this serene and comforting scene isn’t so easy to … Graduation is often a time to look back and reflect. To think about the people that have helped to get you where you are today. … Let’s all agree: Fall is the best. The air is beginning to cool, leaves are starting to turn, there are fall festivals everywhere, and fall …